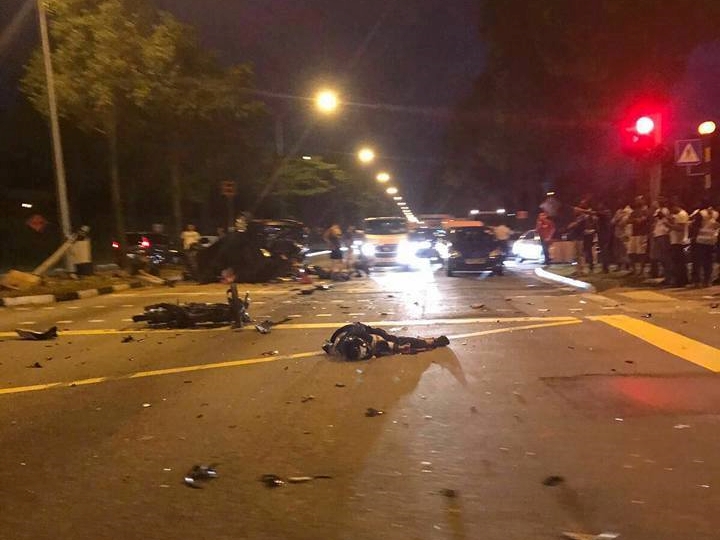 A 30-year-old motorcyclist, Khairman Mohamed Sabari, was killed tonight after a car jumped into the opposite lane after mounting the central divider, landing directly on him. Another motorcyclist who was riding behind him was injured, along with the occupants of the car – a male driver, female passenger and a one-year-old infant.

The accident occurred at the junction of Woodlands Ave 12 and Ave 1.

A video of the horrifying accident has been circulating online. Viewer discretion is advised:

Paramedics pronounced Khairman dead at the scene, while the adult victims were taken to Khoo Teck Puat Hospital. The baby was conveyed to KK Women’s and Children’s Hospital.

A video of the aftermath was also uploaded online: