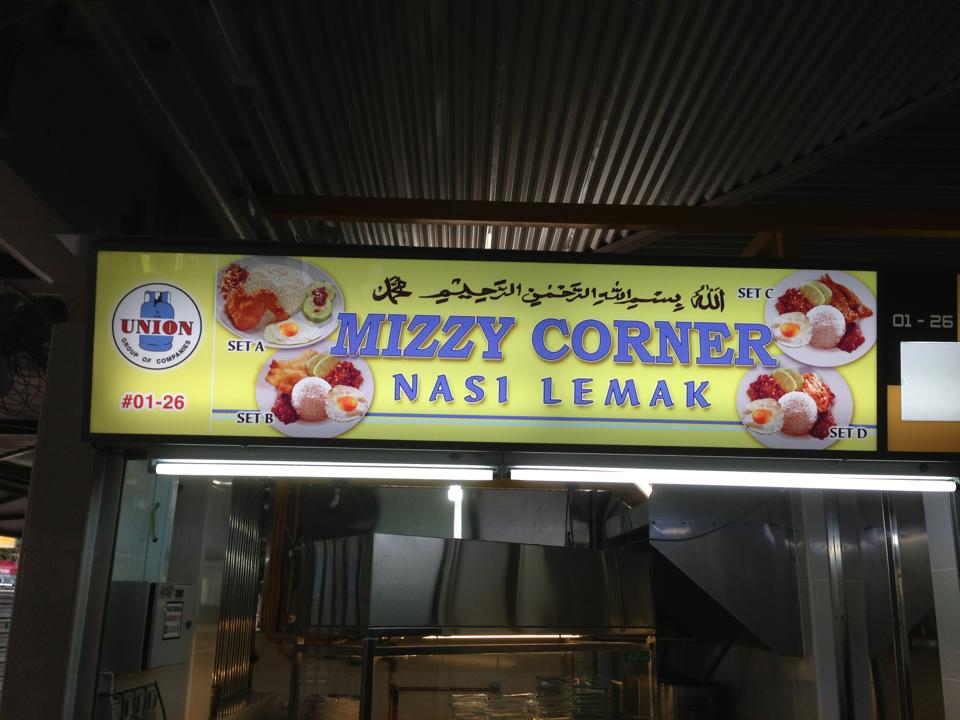 Changi Village’s famous Nasi Lemak stall, Mizzy Corner Nasi Lemak, will be closed for “one to two” weeks for repairs after it caught fire this morning. A lone employee was preparing chilli sauce at about 5am in the morning when a fire broke out from the kitchen stove.

The fire was put out by members of the public using a fire extinguisher. The employee escaped unharmed and no others were injured.

Several voices can be heard yelling in Malay as the people try to put out the raging fire. Here’ s a partial transcript and translation:

ATAS DULU, SANA. (THE TOP FIRST, OVER THERE)

Mr Iskandar Abu Nazir, the son of Mizzy Corner’s stall’s owner, told reporters that the damage might have been worse had the public not acted quickly to put out the fire. Those who helped include fellow stall owners at the hawker centre.

Mr Nazir said, “We have to try and look at the situation in a positive light. We take it as a lesson learnt, maybe to be more vigilant in future.”