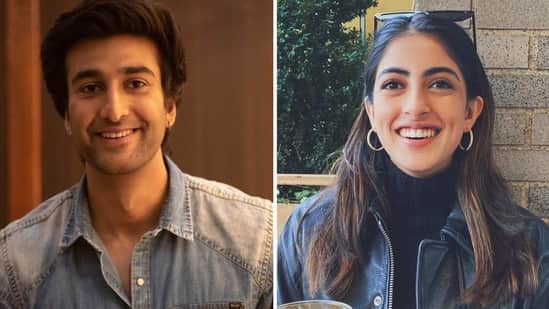 India — Jaaved Jaaferi dismissed rumours that his son, actor Meezaan, is in a relationship with Amitabh Bachchan’s granddaughter Navya Naveli Nanda. He said that the two have known each other since school and grew up together.

Meezaan and Navya have been linked together since 2017, after they were spotted exiting a movie theatre in Mumbai together. Though he attempted to hide his face from the paparazzi, their pictures went viral online.

In an interview with The Times of India, Jaaved said that people tend to give friendship a different spin. “People want content. Being good friends with somebody is considered to be something else always. These children have grown up together; my daughter and Navya have been friends since school.”

“They have a common group of friends. Even Sara Ali Khan and Meezaan were in the same school. They used to come home, hang around till 3 am. It is convenient to link them up as they are always together,” he added.

While Meezaan has denied being in a relationship with Navya, their banter on social media often makes headlines. Last month, she gave him a shout-out on Instagram Stories, as he won a best debut award for his performance in Malaal.

Navya piqued fans’ curiosity with another Instagram post. When she posted a gorgeous snap on Instagram, Meezaan wondered who was behind the camera. “My personal photographer,” was her cryptic response, which led many to believe that she was talking about him.

In the past, Meezaan shut down reports that he is dating Navya and claimed that he was single. “We are from the same friends’ circle, she’s my sister’s bestie and a really good friend. I’m not in a relationship with anyone,” he told Mumbai Mirror.Follow us on Social Media