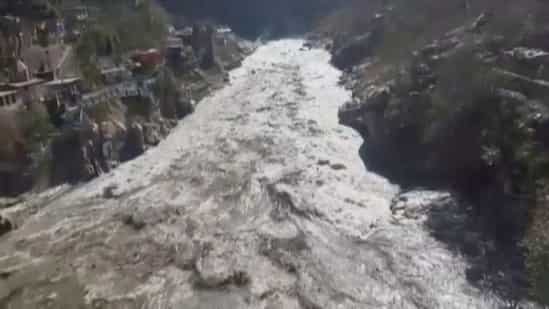 India– Congress leader Rahul Gandhi urged the Uttarakhand government on Sunday to provide all immediate assistance possible to the victims of the flood caused by glacier burst in Chamoli. He had also assured that the Congress workers would also join hands in the relief works.

“The flood due to the glacier bursting in Chamoli is very tragic. My condolences are with the people of Uttarakhand. The state government should provide immediate assistance to all the victims. Congress colleagues also join hands in relief work,” Gandhi tweeted in Hindi.

Earlier on Sunday, a glacier broke off at Joshimath in Uttarakhand’s Chamoli district, triggering massive floods in the Dhauliganga river and putting the many people and villages along the way at risk.

The Rishi Ganga power project near Raini village has been largely affected due to the floods with over 150 labourers working at the project directly affected, according to the State Disaster Response Force DIG Ridhim Aggarwal. “Representatives of the power project have told me that they are not being able to contact around 150 of their workmen at the project site,” she said, as quoted by news agency PTI. Many other districts namely, Pauri, Tehri, Rudraprayag, Haridwar and Dehradun have been put on high alert due as they are likely to be affected.

Prime Minister Narendra Modi said he is being continuously updated about the rescue operations in the state. “Am constantly monitoring the unfortunate situation in Uttarakhand. India stands with Uttarakhand and the nation prays for everyone’s safety there. Have been continuously speaking to senior authorities and getting updates on NDRF deployment, rescue work and relief operations,” he tweeted.

Uttarakhand CM has asked people not to spread rumors about the flood by circulating old videos. The CM also confirmed that a 100-member-strong Indian army team, three army choppers and 250 personnel from the Indo Tibetan Border Police (ITBP) have been deployed for rescue operations. Along with them, the Uttarakhand police and the State Disaster Relief Force (SDRF) have also been assisting in the relief works.Follow us on Social Media