Singapore has the technology and the reserves, she says 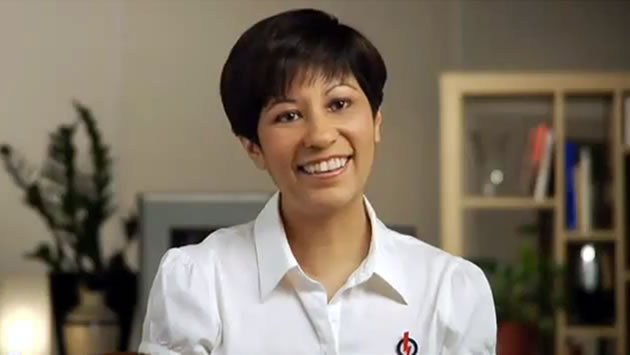 Singapore—Minister in the Prime Minister’s Office Indranee Rajah referenced a popular 1970s US TV series, The Six Million Dollar Man, when she said that Singapore is in a position to come out stronger from the current crisis. She was speaking at the Southeast Asia Development Symposium on Wednesday (Mar 17).

The fallout of the Covid-19 pandemic has been noteworthy, given Singapore’s trade-reliant economy.

However, the present situation can be seen as an opportunity to rebuild better, hence the comparison to the hit show.

The Six Million Dollar Man, after all, is the story of Steve Austin, a former astronaut, who was gravely injured in a NASA test flight accident. But doctors used bionic implants in operating on him, giving him extraordinary strength, vision and speed.

In short, he emerged from a serious crisis as a superhero.

The key to his being rebuilt anew, of course, was technology.

straitstimes.com quotes Ms Indranee as saying, “I think we are exactly at that stage. We do have the technology, we do have the capability, and we are trying to position ourselves to come out of that stronger.”

What is important, she added, is to enable companies to transform as well as workers to reskill. Additional support should also be given to workers who have less education and lower incomes.

The two-day virtual symposium, organised by the Asian Development Bank (ADB), is expected to be attended by over 3,000 individuals.

The minister was asked how the country will fund the economic transition in light of a tight fiscal environment.

She cited Singapore’s reserves as key to providing solutions, noting that the country is fortunate in being able to do so.

Additionally, there are plans to borrow in order to fund “nationally significant infrastructure,” as well as raise the goods and services tax and review the carbon tax.

Ms Indranee added, “But I think the key thing is really to focus on growth. Because growth is what brings the revenue that augments your corporate tax, your personal income tax, and it just gets the whole economy going.”

Read also: Indranee Rajah: If we want to do more for people, we’ll have to spend more

Indranee Rajah: If we want to do more for people, we’ll have to spend more