Furious wife drags cheating husband by his genitals down road 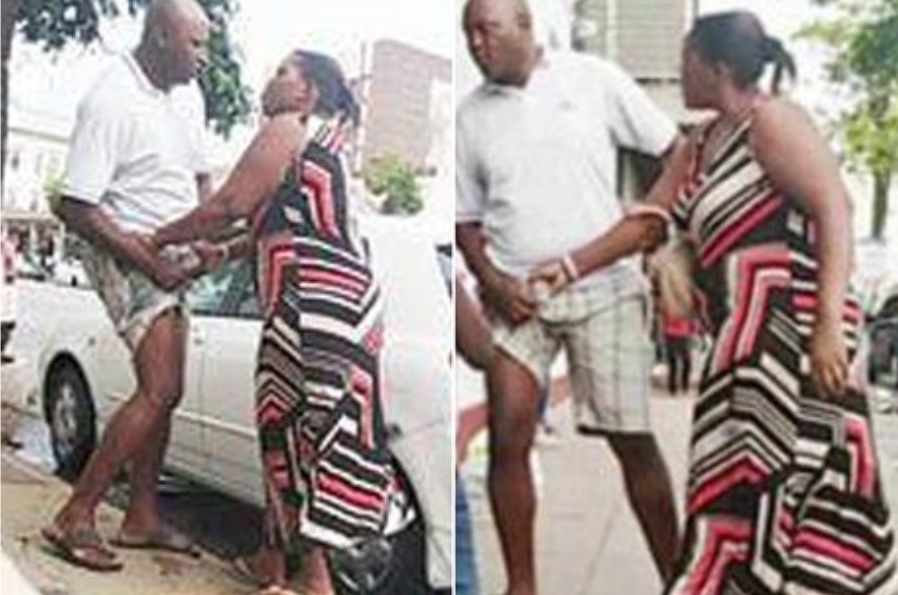 Furious after she caught her husband with another woman, a Nigerian wife decided to teach her husband a lesson by dragging him down their town road by his genitals. Photos of the shocking scene have been trending online.

According to the local press, the woman dragged her husband – who was “trembling with fear,” according to eyewitnesses – after confronting his mistress in public.

The other woman, named Carol, tried to calm the wife down by claiming that she did not know the man was married but this only seemed to infuriate the wife further. Calling Carol “stupid,” the wife slapped her across the face and shouted:

“How can you see a grown up man like this and think he is single? You are lying as you can even see he is clean, to show that someone is taking care of him. You are a prostitute and I will teach you a lesson.”

The enraged woman’s husband’s efforts to restrain his wife failed and he earned a slap on his face before being dragged away by his manhood.