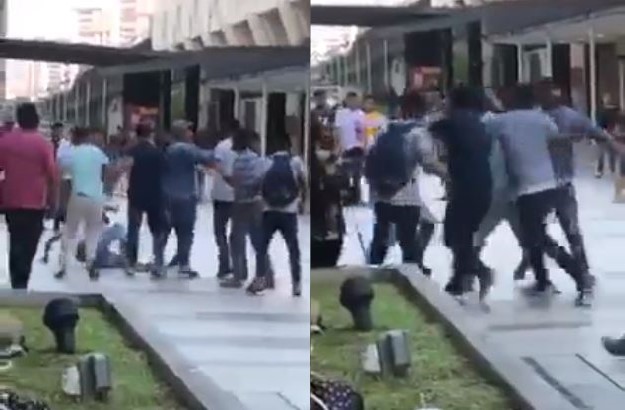 A brawl between several men, believed to be migrant workers from Bangladesh or India, broke out between Paya Lebar MRT Station and Paya Lebar Square. A video capturing the incident sees fists flying and men falling over during the altercation as a large crowd watches on:

<Reader Contribution>Look at this bunch of men fighting at Paya Lebar! Is this recent? Why come here and fight? Hope they're not fighting over a woman

The video capturing the fight has already garnered over 75,000 views since it was posted online this morning.

Although it is unclear exactly when the dispute occurred, netizens responding to the video have opined that it looks like the fight happened on a Sunday since some of the witnesses that can be seen in the video look like fellow migrant workers and foreign domestic helpers.

Some others added that Paya Lebar resembles another country altogether on Sundays, alluding to the fact that many foreign workers congregate in the area on their off days.

While some netizens are speculating that the fight was over a woman, others have urged these netizens to avoid making such assumptions since no concrete details about the incident has emerged so far: