Ms Khan, who is the representative for Compassvale, is currently on maternity leave, having given birth to her second child, a baby girl called Ayla, on Saturday (Jan 2). Her fellow Sengkang MP, Ms He Ting Ru, is also on maternity leave, as she just had her third son before 2020 ended.

WP head and Leader of the Opposition Mr Pritam Singh announced on Dec 24 that several WP members would “on a rotational basis and for as long as required, support Ru and Raeesah’s work in Sengkang GRC by standing in for their weekly Meet-the-People Sessions, Housevisits and Estate Walks.”

Ms Lee, apparently, is first up to stand in for Ms Khan.

In a Facebook post on Wednesday night (Jan 6), Ms Lee wrote that she had enjoyed meeting residents and hoped to be of service to them.

“Stood in for my fellow #wp colleague, Raeesah Khan, who is on maternity.

It was great meeting residents and hearing their stories. Hopefully our appeal letters can bring them some assistance. 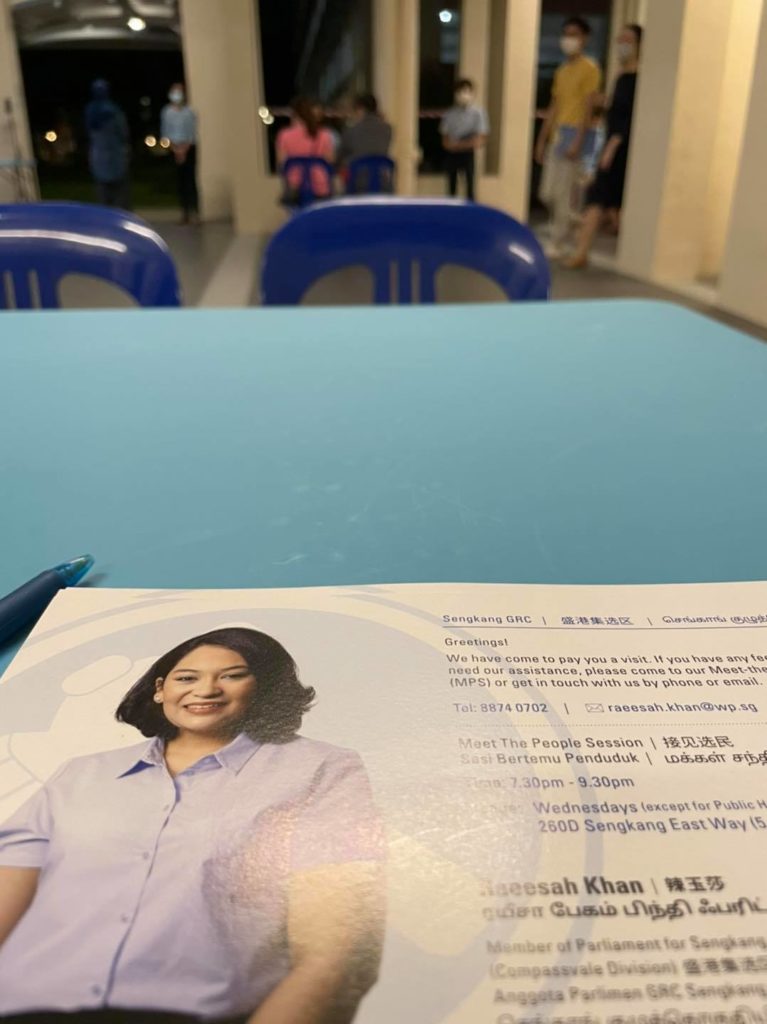 On the Facebook page of Sengkang GRC, a photo of Ms Lee sitting behind a desk was posted on Thursday.

It read, “It’s been a while since Lee Li Lian 李丽连 has been behind the desk at a Meet-the-People Session.

Nonetheless, our former Punggol East MP got to work right away, listening to Compassvale residents and addressing their concerns one by one yesterday evening, on behalf of MP Raeesah Khan.

Ms Khan shared the post, captioning it, “Thanks Lee Li Lian 李丽连 and welcome to Compassvale!”

Commenters on Ms Lee’s post praised the WP for the teamwork its members showed in supporting one another.

Many welcomed her back to public service, with some even expressing the wish that she would contest for MP again in the future. Read also: Raeesah Khan jokes with He Ting Ru about getting the WP team members to babysit their newborns