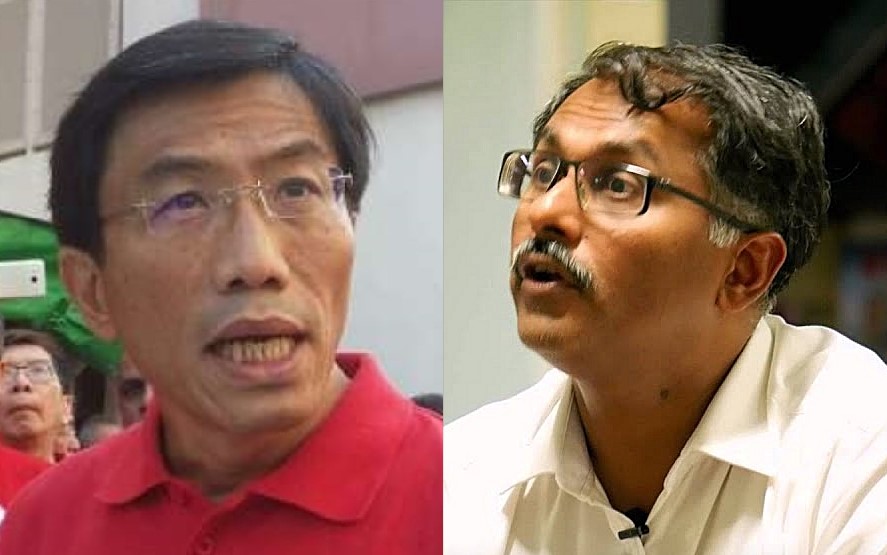 WP chairman Sylvia Lim called on Parliament to affirm that “fairness, access and independence are cornerstones of Singapore’s justice system”. She also urged the Government to “recognise and remedy its shortcomings” to enhance the justice system for all and facilitate a review of the system, through her parliamentary motion.

On Monday (9 Nov), Dr Chee weighed in on the issue and criticised Mr Murali for amending the WP’s motion in the way he did. Sharing his views on Facebook, Dr Chee drew comparisons between the Parti Liyani case and a case opposition legend J.B. Jeyaretnam fought nearly three decades ago.

In 1992, 30-year-old manual labourer Zainal Kuning was charged with stabbing a coffeeshop caretaker to death. He had confessed to the crime and would hang if convicted. His accomplice, Salahuddin Ismail, was similarly charged while a third man, Salahuddin’s brother, had his charge reduced to burglary.

A turning point occurred while Mr Zainal was in prison. Dr Chee recounted: “Then something extraordinary happened. Pending his trial while in prison (Zainal had recanted and alleged that he was tortured into confessing to the murder), he learned from an inmate that he (the inmate) had overheard a man boast that he had killed the caretaker.

“By another stroke of luck, the inmate said that he remembered the man’s name as Man Semput and that Man Semput had said that the victim had flung boiling water at him, leaving scald marks on his chest.

“Zainal then contacted a lawyer he knew would help him. His name was J B Jeyaretnam. The late Jeyaretnam threw himself into the matter. But with little to go on, the men’s case looked hopeless. It was hard to overturn a confession voluntarily given.”

Dr Chee asked whether the confession was truly voluntary since Mr Zainal testified that he was repeatedly drenched under the shower and forced to stand in front of an air-conditioner going full blast, holding telephone directories in each hand. He was told that another accomplice said that it was Mr Zainal who had stabbed the caretaker.

Mr Zainal said that he was not even present at the scene and both he and Mr Salahuddin had given alibis. The interrogators persisted despite there being no physical corroborating evidence and Mr Zainal gave in and confessed after 24 hours.

Although the police vehemently denied extracting the confession from the accused under duress during the trial and the presiding judge held that the confession was voluntarily given, Mr Jeyaretnam was set on getting justice for Mr Zainal.

After being challenged by the defense lawyer to trace the identity of Man Semput, the police located a man going by that name. His real name was Mohd Sulaiman and he had scald marks on his chest. Mr Jeyaretnam challenged the prosecutors to run fingerprint checks on a crate at the coffeeshop and the prints ended up matching those of Sulaiman.

Recounting that both Mr Zainal and Mr Salahuddin were freed after spending three years in jail when the prosecutors dropped the case, Dr Chee asked: “What if Zainal had not fortuitously encountered that inmate who overheard Sulaiman’s conversation with his friends?

“What if the inmate could not remember the man identifying himself as “Man Semput”? What if Zainal did not manage to find a lawyer like JBJ? Why was no lawyer present when Zainal was interrogated by the police?”

Asserting that little has changed in the period between Mr Zainal’s case and Ms Parti’s case and that the difference between the cases is the role social media played in amplifying the information that came to light in Ms Parti’s case, Dr Chee asked: “How many other Zainals and Partis have been accused of crimes but were not so fortunate to be exonerated?”

Backing the WP’s call for a review of the justice system, Dr Chee said that Mr Murali should have spoken for the people instead of his party. The veteran opposition leader, who has faced off with Mr Murali twice – in the 2016 Bukit Batok by-election and in the 2020 general election – said:

“Calls for a review of the system are not misplaced. This is why WP tabled a motion in Parliament to include “facilitating a review of the justice system. But PAP MP, Mr Murali Pillai, amended the motion by deleting, among other things, those few words. His party colleagues then quickly voted to pass the amended version.”

He added: It is unfortunate that Mr Murali chose to speak up for his party, and not the people. And, more importantly, not calling for a system that is in dire need of a review.”