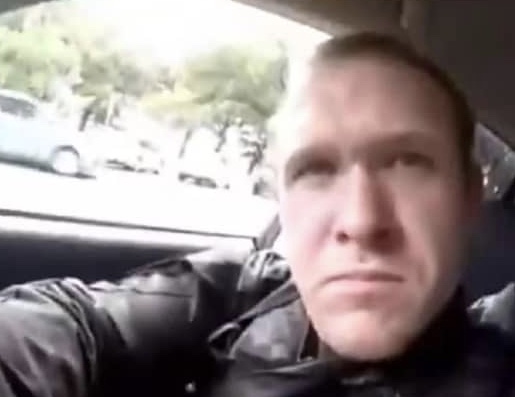 If you cannot be safe from hate and human stupidity in New Zealand, you may find it hard to be safe elsewhere. Whenever we met up for lunch, a former journalist friend, now residing in Auckland, would never hesitate to remind me and others present that New Zealanders had “better things to do” than get stressed over small things. “We are easy-going. NZ is a beautiful country, so much space, stunning landscape, no need to fight over anything,” he said. We envied him. Singapore is a place under siege, by comparison. Take an MRT train and you are told a terrorist attack is imminent – matter of when and not if, we are reminded ad nauseam.

Last Friday’s terror attack on two mosques in Christchurch may have shattered the picture painted by our Kiwi friend: that of a tolerant and easy-going society on idyllic twin islands whose relative remoteness had sheltered it from the political and social strife of the rest of the world.

Before the Christchurch massacre of 49 innocent people, including women and children, the last time the South Island city made world headlines was during the big 2011 earthquake which killed 185 people and injured several thousand. Other than that, New Zealand had always been about the All-Blacks rugby team and the Lord of The Rings trilogy which was filmed mainly in that Antipodean country.

NZ Prime Minister Jacinda Ardern condemned the attack, calling it “one of New Zealand’s darkest days”. Even US President Donald Trump, as pro-white an American leader as many in recent times, said the shooting at the mosques was “a horrific massacre”. Here, I am going to use a favourite phrase of an editor-in-chief I once worked for: Rightly so, wrongs should always be condemned.

Rightly so is one thing. Whether everyone thinks so is quite another.

I have been following newspaper reports in ANZ on the Christchurch killings. The tone of the coverage there has not entirely been one way, that is, that the alleged killer Australian Brenton Harrison Tarrant was just a psychotic xenophobist.

An opinion piece in the Brisbane Times placed him as a copycat of far-rightists in Europe.

C J Werleman, journalist, author and analyst on conflict, terrorism and the Middle East, said Tarrant’s manifesto “mimics the same kind of anti-immigrant, anti-Muslim and anti-leftist views expressed by the Norwegian right-wing extremist Anders Breivik, who shot dead 77 Norwegian students in what he described as his protest against Europe’s liberal and multicultural values”.

Werleman added: “What we do know about Tarrant is his profile reads as the sum total of every counter-terrorism practitioner’s and academic’s fear, one that law-enforcement agencies throughout the Western hemisphere have long warned to be the No. 1 terror threat: right-wing extremism.

“More specifically, Tarrant represents the dangerous convergence between broken white men and extreme right-wing media, bearing in mind that 100 per cent of all terrorist attacks carried out on US soil in 2018 were carried out by right-wing extremists, with the Southern Poverty Law Center crediting a toxic combination of political polarisation, anti-immigrant sentiment and modern technologies that help spread propaganda online. The SPLC is an American non-profit legal advocacy organisation specialising in civil rights and public interest litigation.

“For years, tabloid newspapers in New Zealand, Australia, Britain and the US have published a stream of inaccurate stories about Muslims, while also deploying sensationalised headlines, with one study finding British newspapers were pressured into correcting stories about Muslims more than 20 times in one three-month period, and another revealing that crimes committed by Muslims received almost four times as much media coverage as crimes committed by all other groups.

“If the slaying of dozens of Muslims so close to home isn’t a warning that Islamophobia and the rise of white supremacy must be taken seriously, then what is?”

What may be even more serious is that the Internet was thoroughly exploited by Tarrant to lure viewers to his crime. He advertised his massacre on social media, laced a video he released before the shooting with online jokes and ensured that the first things the rest of the world would see and hear about the shooting were exactly the things he wanted them to know, according to the Washington Post: “This manifesto is the work of someone who understands the Internet and how to metaphorically weaponise it.”

The NZ massacres have shown us that hate has no boundary. No one is safe. Everyone has a duty to fight it.

Tan Bah Bah is a former senior leader writer with The Straits Times. He was also former managing editor of a local magazine publishing company.