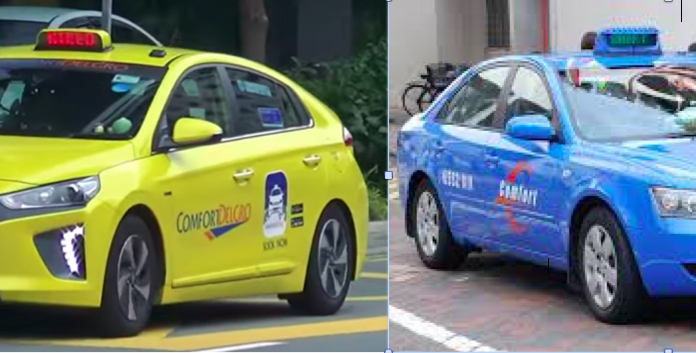 The never-ending fuss over how under-utilised cabs are when compared to private-hire cars has once again reared its ugly head.

This time, an app created by a collaboration between Singapore Management University (SMU), Japanese technology firm Fujitsu and the Agency for Science, Technology and Research (A*Star) will be used for cabbies to predict the demand of taxis.

However, it begs the question: aren’t areas with high demand for cabbies, (generally known as ‘peak hour’) in this minuscule country, common knowledge?

Most of the Singaporean working population follows just about the same mundane routine, that can be mapped out (poor pun intended) to-a-T.

Let me show you.

Just about everyone would know that rush hour on weekday mornings start from about 7am; the crowd of those rushing to work and school. This lasts until about 9am with last-minute stragglers rushing in to work.

Lunch crowd: unlikely event that people take cabs to buy lunch. Would probably be better-off searching for clientele in the form of kids picked up by parents from schools.

After work hours, the Central Business District (CBD) is sure to be jam-packed with every Tom, Dick and Harry trying to get a taxi home once they clock-off at 5.30pm.

The same goes for weekday evenings – dinner rush. This means places with well-known eateries like Orchard Road is going to be busy.

Fridays and Saturdays – most mums and dads clamour to get home after date-night at about 10 to 11pm. On these same evenings, the young with iron-clad livers rush to popular watering holes at Clarke Quay, Haji Lane, Club Street and the likes.

Sunday afternoons you do see a hike in the demand for cabbies; everyone wants to visit their grandparents or go shopping.

If all other places fail to produce even a single taxi-rider, the fall-back location of Changi Airport with her multiple terminals is sure to have those looking for cabs.

When it comes to Singapore’s roads and her simple and mindless traffic patterns, do taxi drivers really need an app to be able to anticipate areas of high demand?

The long-standing bad rep of cabbies is also due to their refusal to pick up passengers just before midnight when they can wait until the latter and earn an additional 50% of the metered fare. This is a popular gripe of many Singaporeans.

Online forums boast multiple threads with complaints on the taxi system in Singapore. The very first complainer on the list, chaser77, recounts his experience, “During these 30 minutes, I notice several cabs with ‘blue light’ on the car roof indicating available but with ‘On Call’ plates on the windscreen passing by. This really makes me wonder if the taxi drivers are taking advantage of the cab booking system to earn the extra dollar through phone booking”.

He writes, “I know those people who work in the CBD area, who can only get cabs by booking when they finish work as they will almost never be able to flag a cab off the street during the period of 6.30pm-8pm.

Why are we at mercy of our own public transport system?”.

This frustration was capitalised upon by private-hire companies such as Uber and Grab.

So when it comes to SMU’s app trying to lend a hand to cabbies for them to keep up with private-hire cars, it is good to note that they might have just brought this predicament upon themselves.