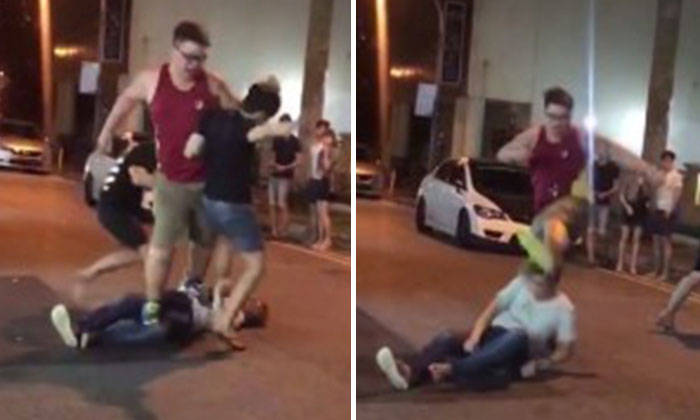 Videos of a fight at Lorong 19 Geylang have been circulating on social and on WhatsApp. Videos of the scuffle show two women being hit by some of the men involved as another man is stomped on while he lays on the ground:

Videos of the incident, captured on the dashboard camera of a nearby vehicle, show several men attacking a man in white even as he falls back to the ground. A few women who try to intervene are also hit by the men involved.

The police have since arrested a 22-year-old in connection with the case. Confirming that investigations are ongoing, the police said in a statement:

“On 15 march at 3.19am, Police were alerted to a case of public nuisance at the vicinity of Lorong 19 Geylang.

“A 22-year-old man was arrested for uttering threatening words and the use of criminal force against public servants.

“This investigation is ongoing.”