The Independent Singapore News
Home News Benjamin interrogated thrice and confessed to molest charge after being given break... 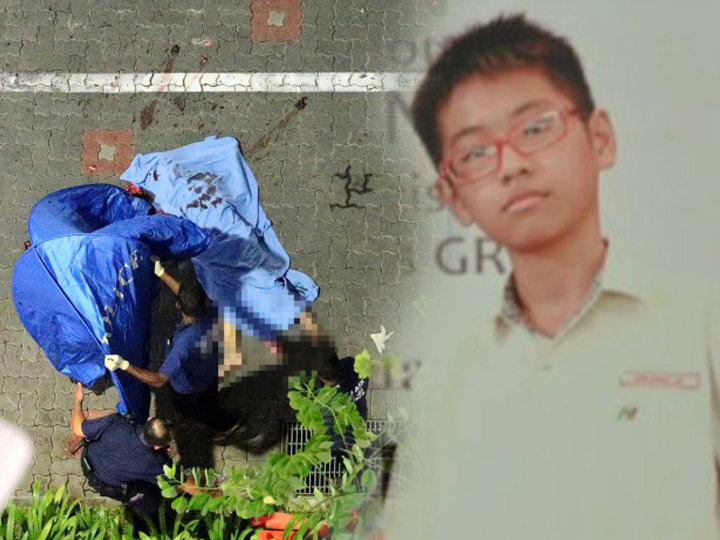 The coroner’s inquiry into the death of schoolboy Benjamin Lim started yesterday (May 17). The two days of fact finding proceedings saw witnesses, including representatives from Benjamin’s school and police officers on the case, give oral testimony. The State Coroner will review all evidence and establish the cause of and circumstances related to the schoolboy’s death. The Inquiry will also allow for Benjamin’s next-of-kin to pose questions.
14-year-old Benjamin Lim fell to his death after the police interrogated him for an allegation of outrage of modesty. The student’s death caused widespread public unhappiness over police interrogation procedures of minors and school procedures in police investigations.
Both Ministers of Home Affairs and Education have replied to questions raised by Members of Parliament. The police are now reviewing its procedures for interrogating minors.
The following is a snippet from Channel NewsAsia (CNA) about what happened at the Inquiry today.
“Based on Benjamin’s police statement recorded on Jan 26, the minor initially did not admit to touching the girl as he was “scared”. He confessed sometime around 12.15pm on Jan 26, after SIO Fareed (Senior Investigation Officer Mohammad Fareed Rahmat) had given the boy 20 minutes alone to “think again”.
SIO Fareed said he had paused the interview as he felt that Benjamin was not being truthful. In response to questioning by counsel for Benajmin’s family Choo Zheng Xi, SIO Fareed clarified that he did not tell Benjamin that he thought the schoolboy was not telling the truth. “I told him that the purpose of investigation is to find out the truth, and I told him I will let him think and interview him again,” he said.” – CNA
Benjamin was interrogated by three police officers on that day. First he was questioned by  Inspector Poh Wee Teck at his school, then by SIO Fareed at the station (In between his arrival at the station at 11.15 am and his confession at around 12.15pm, Benjamin was given 20 minutes alone time to “think again” about the truth, after which he was interrogated by SIO Fareed again. On admission of his crime, the boy was investigated by a by a third officer, SIO Kalaivani Kalimuthu, who prepared his arrest report.
In an earlier interview the schoolboy’s mother said that she had asked “Benjamin if he had indeed molested the girl. Benjamin told her he had not. She then asked him, “Why then did you confess?” (According to the boy’s mother), this was what Benjamin said: “You say I am guilty, I’m guilty then.” (The boy’s mother) said she told her son that he should not have admitted to the crime if he did not do it.”
Mrs Lim was consistent in her account of events. The Inquiry heard yesterday that After she had picked Benjamin up from the police station, Mrs Lim asked him to be honest with her on whether he had molested the girl. The teen said he had not. Mrs Lim then told her son he should not have admitted to the allegations if they were not true.Follow us on Social Media