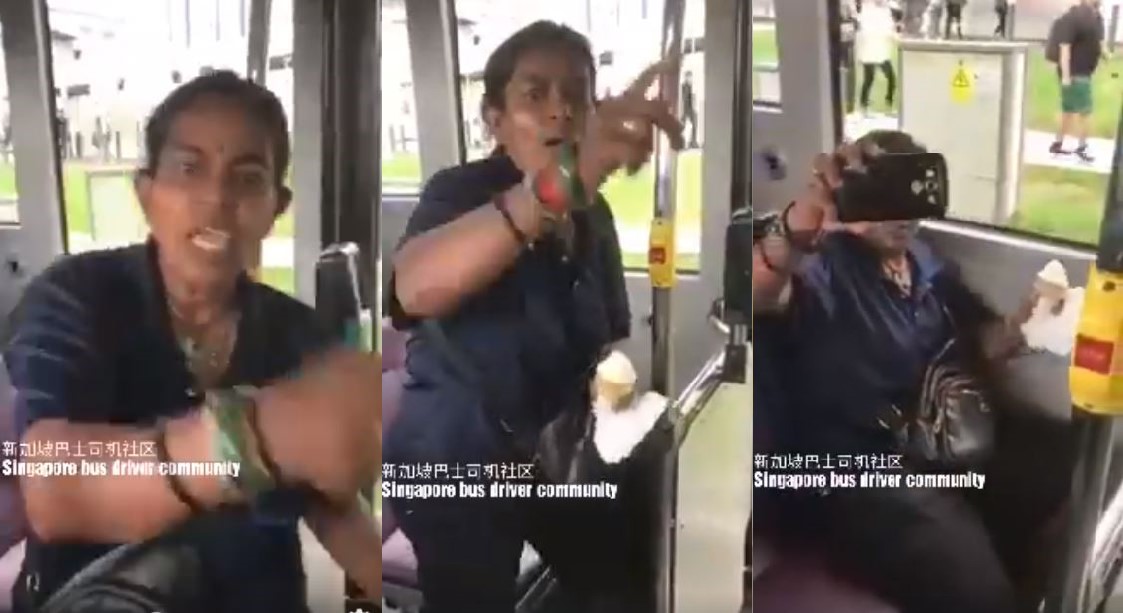 A woman who appears to be middle-aged angrily challenged a fellow bus commuter to “go complain” after the commuter ‘caught’ the woman eating an ice cream cone on board a public bus.

In a profanity-filled defense, the woman curses the man filming her and appears to take pictures of him as he taunts her for eating the dessert in the bus. A clip of the exchange was posted on Facebook group Singapore bus drivers community, where it has garnered over 45,000 views so far:

What the commuter taunting the auntie perhaps didn’t realise is that while eating and drinking on board buses is discouraged, it is technically allowed. According to SBS Transit, there is no penalty for those who eat or drink on board buses.

The no food and drinks rule is only enforced on commuters travelling on public trains. Those caught flouting this strict rule could face a $500 fine.

Some netizens responding to the video above felt that the commuter filming the woman should have just left her alone and not have disturbed her while she was trying to enjoy her cone in peace. This seems especially true, given the fact that there was nothing to “catch” in the first place.Follow us on Social Media