Meme about fear of rising costs goes viral as electricity tariffs climb by whopping 16.8 per cent 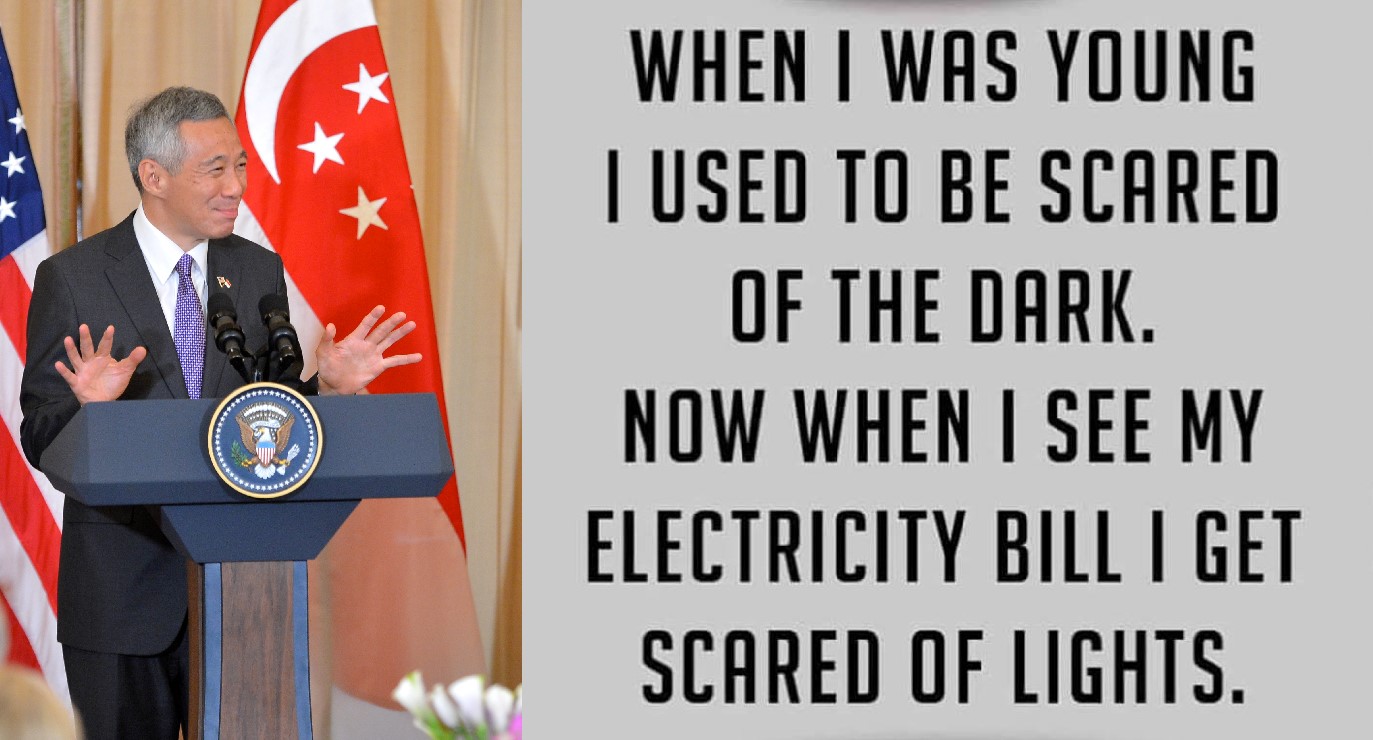 A meme poking fun at rising electricity costs has been going viral on social media, after electricity tariffs shot up by a hefty 16.8 per cent from the past year.

Singapore residents were slapped with a 15 per cent hike in water prices and a 6.9 per cent average increase in electricity tariffs – both these price increases went into effect together, on Sunday. The water price hike was the second of two phases in which water prices were hiked by a total of 30 per cent from what is was in 2016.

What many don’t realise is that the 6.9 per cent is the third such increase Government-linked SP Group has imposed in the first seven months of this year alone.

This latest tariffs hike comes after SP Group imposed a 2.8 per cent hike from April 2018 that followed a 6.3 per cent average tariffs increase from January 2018. The 6.3 per cent average increase in January this year made total electricity tariffs the highest that have been imposed which since 2015.

News of the electricity tariffs hikes over the past year come as Singaporeans expect the Goods and Services Tax (GST) to rise by 2 per cent in the next few years, following the Government’s confirmation that a GST hike will be rolled out in the coming years.

Electricity tariffs have risen by hefty 16.8 per cent in the first 7 months of 2018 alone