The Independent News
Home News SG Economy Amos Yee buckles under pressure from detention in US - lashes out... 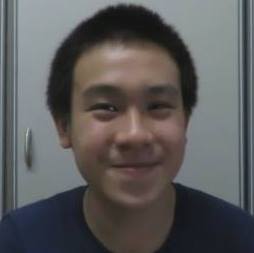 Teen blogger Amos Yee who is seeking political refuge in the United States of America seems to have buckled under the pressure of being detained in that country.  He has lashed out against the American system which has detained him pending his asylum hearing.

In a Facebook post filled with expletives, Amos said that his hearing has been set for 30 Jan. He however pointed out that it would mean that he would be behind bars in the US longer than the time he spent in the Singapore Prison.

” I just got a letter that said that my court date (not release day) is scheduled for 30th January. Yes, you heard that right, fucking 30th January. What the (!@#$?)! That means I will literally have spent a total of 50 days in American jail, that is longer than anything that the Singaporean government has sentenced me for, for criticizing religion and the government!”

He said that America’s immigration policies were repressive, that “tens of thousands of people have already suffered from these policies”, and that he was speaking up against them.

“Fortunately, because I have a high profile case, we’re finally highlighting these wretched policies.”

Amos’ rant against the American system is a U-Turn from his earlier post where he said that incarceration in the US “is far better than Singaporean jail.”

Ms Chen has started a petition demanding the immediate release of Amos from American jail. She claimed that his detention highlighted the flaws of USA’s immigration policy and is contradictory to the principles of free speech America professes to hold. The petition has over 200 signatures.

In likening his actions for immigration reforms in the US to that of “Gandhi, Einstein, Martin Luther King Jr, and to Jesus Christ”, he asked his fans to join the resistance by leaving their comments on his Facebook post.

Yee has said that the he has no intention of returning to Singapore as he does not want to do National Service. Last month he appealed for $10,000 to be donated towards his relocation to the US. To date, about $3,000 has been pledged to his relocation fund.