A 17-year-old Singapore permanent resident (PR) was charged in court yesterday for allegedly raping a 53-year-old woman in a Yishun flat, as he held the victim at knifepoint with a chopper. The victim cannot be name due to a court-mandated gag order.

The teenage PR, Mendel See, allegedly raped the victim last October after committing armed robbery at the Yishun flat with two accomplices – 22 year-old Benjamin Yong and 23-year-old Chow Chia Suan. The trio robbed the victim of two Samsung phones, cigarettes and about $100 in cash, all of which amounts to a $700 value.

Disturbingly, this was the young group’s second armed robbery. A month before the crime in Yishun, the trio robbed 24-year-old Guptha Sneha at a Canberra Drive apartment and fled with cash and a mobile phone amounting to $670 in value.

According to the Chinese daily, the victim in the rape case encountered the trio when she visited the Yishun flat to look for her friend. It remains unclear how the trio entered the unit where they robbed her before See forced himself upon her while brandishing a chopper towards her neck.

See also reportedly strangled the victim who suffered injuries from the traumatising incident.

See can be sentenced as an adult, even though he allegedly committed the crime when he was 16. He is eligible for reformative training, given that he has not turned 21 yet. Meanwhile, Yong also faces an unrelated drug charge on top of armed robbery charges after utensils meant for drug consumption were found in his possession.

Netizens reacting to the case have expressed shock that three youths are capable of such acts. Some netizens also said that they know the female robber and shared that the girl was a nice girl who became involved with wayward company during her school days: 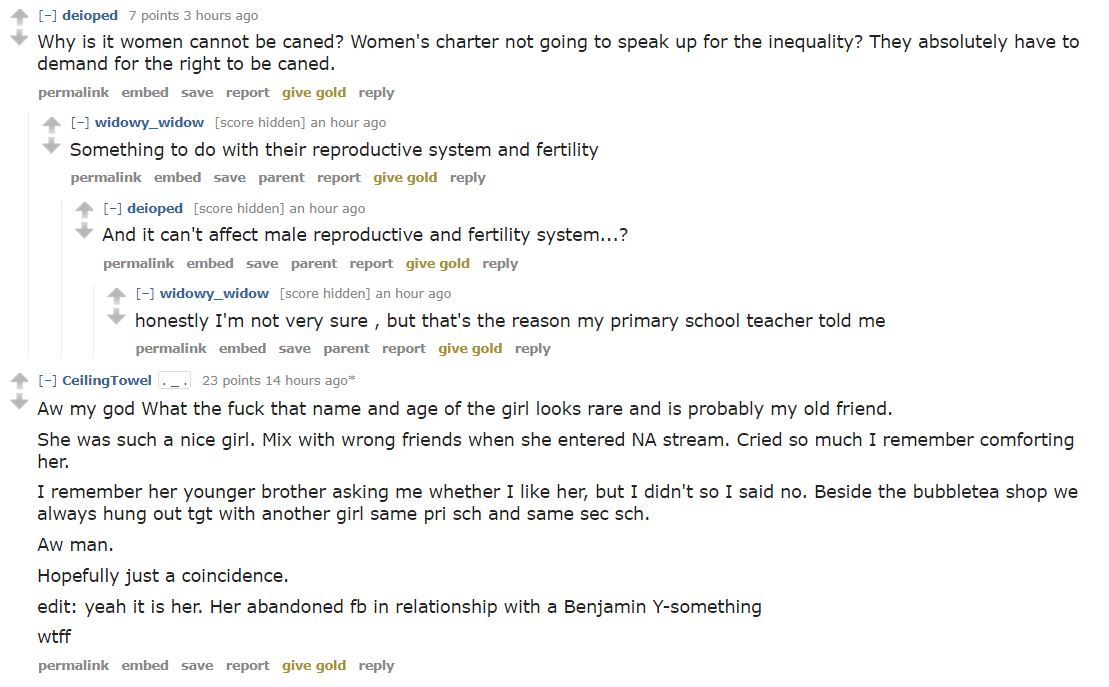