Govt still claims it is not making profits after collecting $3.3 billion in Eldershield premiums and only paying out $133 million A debate on parliament over the Government’s healthcare insurance schemes appeared to create more questions than provide answers to existing concerns the people have over programmes like Eldershield and Careshield.

For one, the Government claimed that it is not making “profits” even after it collected $3.3 billion in Eldershield premiums and only paid out $133 million.

Former Senior Minister of State for Health Chee Hong Tat said in Parliament yesterday that the excess amount collected by the Government will be used for the future: “This balance amount is not profit, it is to meet future liabilities.”

Chee added that the balance amount will be used to make claims as policyholders age: “If a pre-funded scheme does not have a positive balance when its policyholders are younger, the scheme is actually in trouble. It means there will not be enough financial resources to meet future liabilities, and when policyholders grow older and more of them start to claim, the scheme will have difficulties making the payouts.”

The current Senior Minister of State for Trade and Industry had been responding to queries on Eldershield by several parliamentarians, including Chia Yong Yong, Zainal Sapari and Ang Wei Neng.

Workers’ Party chairman also brought up the compulsory Careshield Life which will be imposed upon all Singaporeans from the age of 30, from 2020 onwards. Calling for a review of coverage, Lim asked: “I would like to emphasise the point that CareShield Life will be a compulsory scheme and young Singaporeans will have to pay 37 years of premiums. With this looming fact in mind, CareShield Life must have meaningful coverage. My view is that the three-ADLs (activities of daily living) test needs to be reviewed and adjusted.”

Chee responded that increasing payouts and lowering the claims criterion could make premiums more expensive. He added that it is not feasible for those who do not make claims to pay discounted premiums, even if such a move could “incentivise healthy living”, as suggested by other MPs.

Chee’s remarks – coupled with the restrictiveness of the mandatory Careshield Life and Health Minister Gan Kim Yong’s confirmation in Parliament that women will have to pay higher premiums than men because they live longer – has angered several Singaporeans who have slammed the authorities for trying to “squeeze more blood” from Singaporeans. 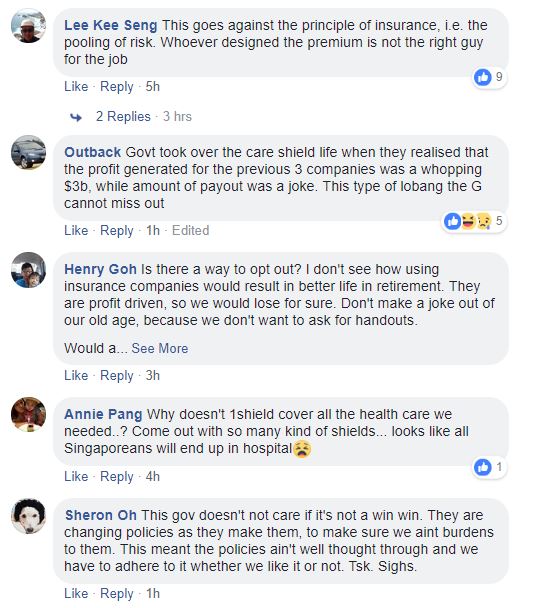 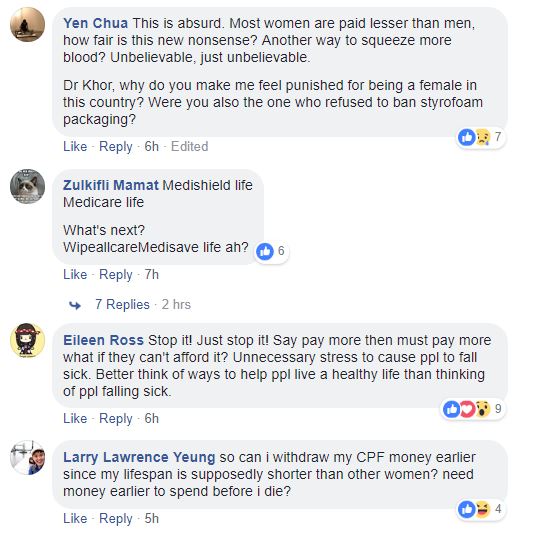 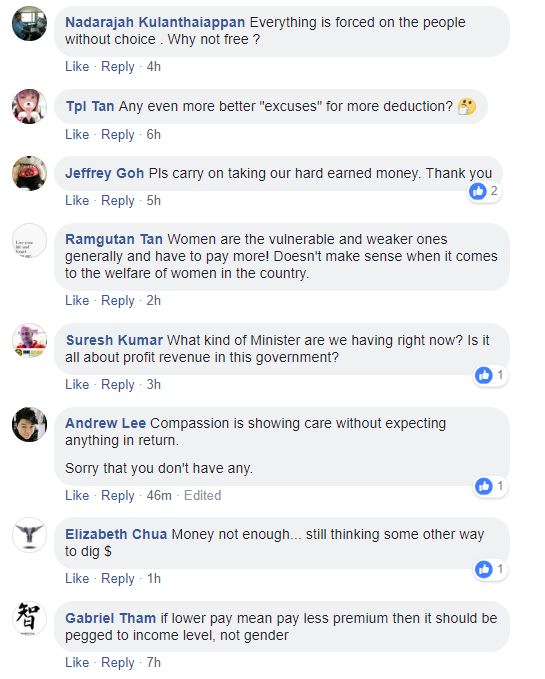 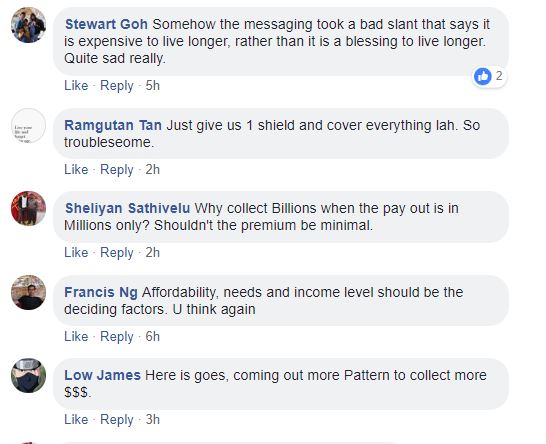