The Independent Singapore News
Home News Yang admitted to lying but not before DPP wanted to show embarrassing... 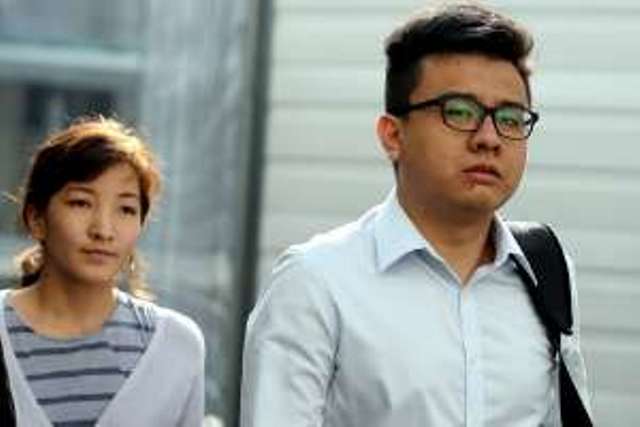 Several news outlets reported yesterday that the editor of the now defunct website The Real Singapore (TRS) admitted to lying while under oath (see this: http://bit.ly/1TFLvi0, and this: http://bit.ly/1qzsH94, and this: http://bit.ly/1oImBkP, and this: http://bit.ly/1UMSs1J).
An edited excerpt of the exchange between the DPP and Yang Kaiheng which has since surfaced throws light on the circumstances under which the ex-editor admitted to lying.
Mr Yang (age 27), had earlier told the Court that TRS was an off-shoot of the Facebook page lobbying for the removal of Tin Pei Ling from the position of an MP, and that both he and his wife Ai Takagi (age 23) together made the first post on that page on 7 May 2011, the same day as Singapore’s General Election.
Mr Yang again reiterated in Court yesterday (7 Apr) that he remembers setting up the page with her.
Deputy Public Prosecutor (DPP) G Kannan however disputed this and suggested that Mr Yang only met his wife in September 2011.
The DPP said he had “very personal and very embarrassing” WhatsApp messages to show Mr Yang first met his wife about four months after he set up the Facebook page.
The DPP then said that he does not want to put the private messages between Mr Yang and his wife in court to prove that Mr Yang is lying.
During this line of questioning by the DPP, Mr Yang said “my family has already been…”, before finally admitting to lying.
Mr Yang’s father has been paralysed since May last year after suffering a fall from a stroke and “locked-in syndrome”, after he flew to Brisbane from Singapore to look after the couple’s dog while they were in Singapore.
Mr Yang flew him back to Singapore recently but he continues to need full-time care.
–Edited excerpt of the exchange between DPP G. Kannan (DPP) and Yang Kaiheng (Y)–

“DPP: I’m putting it to you that you’re lying in your evidence that you knew her during GE2011.

Y: I disagree because I do know her and I do remember setting up the Facebook page with her.

DPP:I was hoping not to have to bring this up, but I have WhatsApp messages from Robin’s (Yang’s) iPhone… which make it very clear that you met Ms Takagi shortly before Sept 1, 2011. These messages are of a very personal and very embarrassing nature. I do not want to put them in court to prove that you are lying.

Y: Yes, your Honour, I believe him.

DPP: Would you like to look at these messages and then admit that you are lying? Or would you care to simply admit that you lied when you said you set up the Tin Pei Ling page with Ms Takagi… (and)that’s how she became interested in Singapore politics.

Choo Zheng Xi (Yang’s lawyer): Your Honour, I don’t recall my client saying that that is how Ms Takagi became interested in Singapore politics.

DPP:Would you care to see the messages?

Y: No, your Honour. My family has already been…