Did Dr Thum invite Dr Mahathir to interfere with the politics of Singapore? We at Illusio think that Dr Thum had made an ill-considered publicity stunt which was repaid in full by law minister Shanmugam and member of parliament Mr Seah.

On 31 August, Dr Thum fanned the flames further by wishing Singaporeans a “Selamat Hari Merdeka“. And 3 days after our previous post examining Seah’s allegations of treachery, Dr Thum doubled down and wished Singaporeans a “Happy Malaysia Day” Was this is another ill-advised publicity stunt by Dr Thum? Or is this the smoking gun?

Does this provide ammunition, if not a smoking gun, for a select committee that has already branded the Good Doctor a liar and a perjurer? Or is this just another publicity attempt gone sideways? Is Dr Thum a celebrity academic mugging for an audience or a public intellectual educating the public? 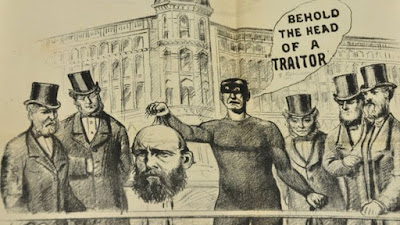 Is it wrong to wish Singaporeans an Independence Day or Malaysia Day?

Dr Thum’s actual words on his 2 Facebook posts were:

“Selamat Hari Merdeka to the people of the former Federation of Malaya!”
“Selamat Hari Malaysia to all current and former members of Malaysia!”

Accusations of treason or disloyalty may well be based on the following formulation:

While it is true that Singapore’s former chief minister and prime minister Lee Kuan Yew when announcing Singapore’s separation from Malaysia, went as far as to say:

“All my life, I have believed in merger and the unity of these two territories. You know, it’s a people, connected by geography, economics, and ties of kinship…”

The truth is Mr Lee Kuan Yew, Dr Goh Keng Swee, and Mr S Rajaratnam and the rest of the cabinet were utterly committed to Singapore after Separation. They looked forward and built a Singaporean future. They did not look backwards in a misplaced nostalgia nor bear an eternal grudge for a failed merger with the Federation.

As a historian, it is indeed Dr Thum’s duty to remind the public that Singapore did indeed obtain its independence through Mr Lee’s early announcement on 31 August 1963, of the formation of Federation of Malaysia on 15 September 1963.

It is probable that Dr Thum does not find it necessary, relevant, or appropriate to wish Singaporeans a happy Founding Day on 29 January every year. That is despite the Good Doctor making an entire podcast series on the founding of Singapore, lauding the libertarian and laissez faire vision of Raffles and Farquhar in creating the modern free port of Singapore.

Dr Thum has never wished Singaporeans a happy National Day either. The question has to be asked: what is Dr Thum’s agenda in wishing Singaporeans an Independence Day and Malaysia Day?

Note that Singapore is not unique in this situation. Egypt and Syria briefly existed for 3 years as the United Arab Republic. It is difficult to find a serious historian wishing the peoples of Egypt and Syria a happy United Arab Republic day. Before Colombia, Venezuela, Ecuador, Panama went their separate ways as nation states (again due to political differences), they existed as the Republic of Gran Colombia from 1819 to 1831.

It is again difficult to find a responsible, respected, and reasonable historian actively championing the concept of Gran Colombia or wishing its former peoples a happy Colombia Day or Independence Day. The last man who attempted to make Gran Colombia relevant again was…Hugo Chavez.

Going further afield, a politician took pride that the former British Empire won the most medals in the 2016 Olympic games. Sensible and responsible historians in UK universities stood up and condemned her “Make the Empire great again” rhetoric. 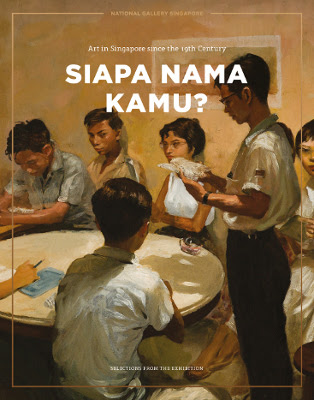 But didn’t Singaporeans see themselves as Malaysians? Or Malayan?

Thum claims that Singaporeans did identify as Malaysians, citing his own research paper into the matter and no one else’s. Or as the name of his paper puts it so colorfully, “Flesh and bone reunite as one body”. Presumably a quote from an op/ed in a far left Chinese newspaper from Singapore that has long since been shuttered by order of the Newspapers and Printing Presses Act, for security reasons.

Thum’s paper examines the coverage of the Merger debate in Chinese newspapers in Singapore during 1955 to the eve of the Merger referendum. While it is useful to examine how the Chinese in Singapore thought about the Merger, it is important to realise that a responsible, reasonable, and respectable historian would disagree with Dr Thum, and would’ve qualified his overly broad statement by noting:

1. The discussions on merger took place on both sides of the Causeway, even if Thum makes the racial claim that the Merger in Singapore was decided solely by its Chinese Singaporean population.

Singapore and its Chinese (let us take Dr Thum at his word for the time being) was very much for a Merger. The Federation of Malaya and even its Chinese who were more politically conservative than their ilk in Singapore, not so much. The ruling United Malay National Organisation and its Malayan Chinese Association allies felt that Singapore would undermine the racial balance of a united entity.

2. The merger was part of a much longer process of state consolidation on the Malay Peninsula, and identities and loyalties were highly fluid, situational, and ambiguous

According to this overview, Victor Purcell reports his own research on Chinese newspapers published in the peninsula in the 1940s: “Altogether, there was apathy among the Chinese to the Malayan Union. The Chinese press still showed very little interest, though their columns were filled with China news.”

Khoo Kay Khim trots out the op/ed from the Nan Chiau Jit Pao, which argued that “Malaya was not an independent state at that time, and it was still unclear what rights would be bestowed on a citizen, thus it was only natural that the Chinese would prefer to retain their Chinese nationality.” Quite the opposite of what Dr Thum would prefer you believe!

3. The discussions on merger was a political campaign with various sides trying their luck at presenting slogans they hoped would stick with the electorate. Such as the lurid rhetoric of “flesh and bone reunite as one body”, for example.

We must therefore ask instead who Dr Thum is writing for, who sits in the gallery he’s playing to, where their loyalties lie. And not worry about Dr Thum’s loyalty. He’s just doing what he does because the right people reward him with the attention he needs.

This article was first published on the author’s website. It has been re-published with permission.