The Independent News
Home News What can Singapore learn from other countries on COVID-19?

What can Singapore learn from other countries on COVID-19?

In the UK, during briefings, ministers readily and often defer to medical and scientific experts to explain the rationale for lockdown guidelines and account for the government's progress in its pandemic response

Does Singapore still have an advantage in the lockdown era?

On 3 April 2020, Singapore became one of the last major economies of the world to enter a lockdown. Singapore’s lockdown came 2 weeks to a month too late, after the pattern of case doubling had already been observed in early March. The international media has used the massive outbreak in Singapore’s guest worker dormitories to write off Singapore as a role model for the pandemic.

To be fair, Singapore’s SARS textbook response is a mitigation model aimed at containing the spread of a virus and eradicating it over time. Once community spread and outbreaks occur, Singapore as much as the rest of the world is in uncharted territory. Singapore’s mitigation model will become relevant to the world again after nations emerge from their suppression model lockdowns. As for being two weeks to a month late to the global lockdown party, Singapore’s leaders can fashion its own lockdown policy and implementation from mistakes and successes from the rest of the world. 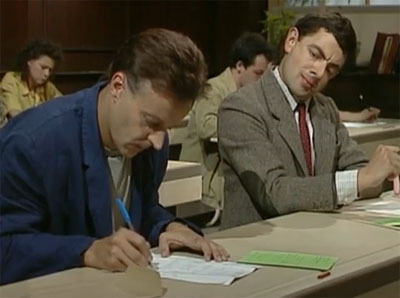 What did Singapore do right in the lockdown?

National lockdowns have never been part of modern pandemic responses. Yet this measure, essentially stopping most social interaction and “flattening the curve”, was proposed by very serious scientists. The virus was simply so contagious that modern social distancing measures and contact tracing are insufficient to curb it, and deadly enough that it was necessary.

Stopping almost all social interactions means a stop to economic activity and commerce. By definition, lockdowns are an extremely blunt tool that have a devastating impact on the economy. The impact is as huge as a natural disaster or a war. What happens when people are told to work from home or else cease their business unless it’s an essential service? Contracts are reneged due to force majeur. Rents cannot be paid. Businesses go bust. Livelihoods are lost. Being broke and homeless is only slightly better than being sick or dying during an epidemic. 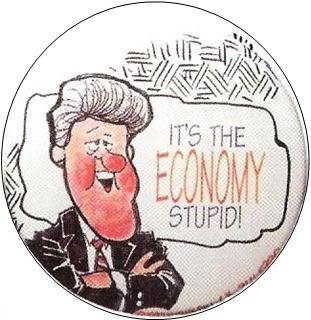 Was Singapore’s lockdown restrictions over the top? Singapore’s initial essential services exemptions appear to be very similar to the UK list.

Did Singapore protect businesses and people’s livelihoods sufficiently? The Chancellor of the Exchequer devised a 330 billion pound plan to extend government loans for all businesses and pay up to 80% of wages to protect jobs. Singapore’s finance minister devised a total of 60 billion SGD in stimulus packages. Singapore’s bailout is business centred with “wage subsidies” (of between 25 to 75%) for companies and just a one-time payout of 600 SGD for workers and 300 SGD for self-employed people. Indications suggest that Singapore’s bailout may not be sufficient as companies went ahead with wage cuts and no-pay leave in the following month. Of course this doesn’t preclude Singapore’s leaders from releasing more relief, but they should be mindful not to overdo the relief and create perverse incentives.

What lessons should Singapore be learning?

In a months-long national lockdown where people are starved for information and tend to fall prey to either paranoia or apathy, effective crisis communications and management and fashioning guidelines from science and evidence are just the sort of skills that are needed. Both skills are combined in the best tool for managing a lockdown: the daily coronavirus briefing. 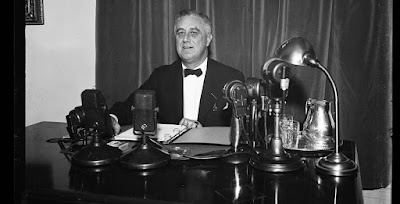 Just as Franklin D Roosevelt used his series of fireside chats to calm a nation in crisis, the leaders of America and the UK have employed prime-time broadcasts and live streaming on a daily basis to shore up government credibility and authority during the pandemic, while also giving official guidance and updates on their pandemic response.

The UK daily coronavirus briefing is a model for communications, feedback mechanism, behavioural modification, and public education. These briefings are for the public, available readily every day at 5pm on all broadcast channels and online media. Ministers and secretaries of state address the public, speak to the public, and have the public in mind for the entire duration of their briefing.

Each briefing begins with a minister delivering the daily numbers and tallies, but it is the chief expert of the day who ties these numbers directly to indicators of how well the public is social distancing and travelling. This is known as an active feedback mechanism: people are more open to modifying their behaviour when it can be measured and linked to visible results. These slides for the daily briefings are of course publicly available online. 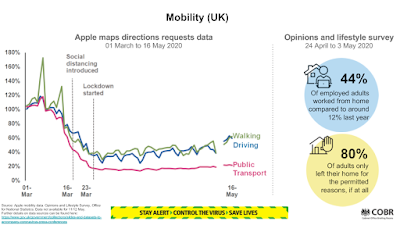 UK ministers are a picture of reassuring calm, remembering every so often (and especially when faced with hostile questions) to praise health workers, educators, and the public at large in their pandemic response, praise the journalists for the questions, and to end every question with a timely repetition of their current pandemic motto, whether it is “Stay home, protect the NHS, save lives” or “Stay alert, control the virus, save lives”.

Each day a single minister takes a lectern in a room in 10 Downing Street, is flanked on either side by the government’s chief medical officer, the government’s chief scientific officer, the medical director of the NHS or their deputies. In their briefings, ministers readily and often defer to these experts to explain the rationale for lockdown guidelines and account for the government’s progress in its pandemic response. Ministers stress that the government response is always guided by science and under advice from specially convened pandemic scientific committees, and the experts explain the science in an accessible manner, sometimes taking as much as 40% of the broadcast time. Of course, the minutes, discussions, and decisions made by the UK’s SAGE and NERVTAG committees are regularly updated and accessible to the public, even internationally, in a spirit of transparency and accountability.

These ministerial communication skills and cordial demeanour, combined with deference to experts and openness about their scientific advice, has been the UK government’s best defense against a press that at times may be out for blood for missteps and an initially poor pandemic response. At the same time, an unfettered press is the reason why the public knows the current test capacity, ICU capacity and occupancy for any day, and just how much the government aims to improve these.

Why hasn’t the UK government made masks mandatory? Why are there PPE shortages? Why were so little tests done in the beginning? Why is it taking so long to ramp up testing? Why were elderly patients discharged from hospitals before the pandemic began? Why didn’t the UK health authorities include anosmia in the list of symptoms before 18 May 2020? Why isn’t the government listening to nursing and teachers unions who say they’re not confident to go back to work? Angry, accusatory, blaming questions are deflected with scientific advice and reasoning not by a beleaguered minister but by a very serious, knowledgeable scientific or medical expert. Attempts at affecting anger and pushing false issues can only last so long before there’s a public backlash against the reporter or their publication. Everyone wins in the end; reporters get answers, ministers deflect, the public are educated.

What has Singapore gotten wrong in its lockdown phase? 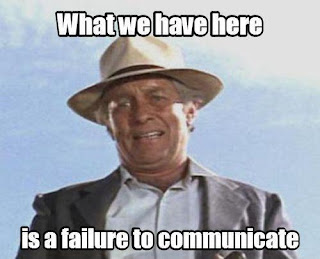 To the best of our knowledge, Singapore has coronavirus briefings but these are not held daily. They are meant more for the press; not much for public consumption. Briefings are broadcast but not on a live basis. There are no live streams on social media. A conga line of five ministers is accompanied by one director of medical services in the Ministry of Health. From the last publicly available briefing, these ministers spoke for about 80% of the time. Testing capacity and ICU capacity were unknowns for more than a month till the inter-ministerial task force announced their plans for ramping up capacity. All this while their counterparts in the UK were improving the public communications skills so helpful in winning future elections.

Is Singapore’s inter-ministerial team advised by scientific groups like the UK’s NERVTAG or SAGE? No one knows. However, does Singapore’s handling of lockdown guidelines truly expose its tendency to discard medical-scientific fundamentals, and suggest that Singapore may not even have an equivalent of NERVTAG or SAGE.

These and other changes do not have the backing of science, medicine, or evidence. Note the following: 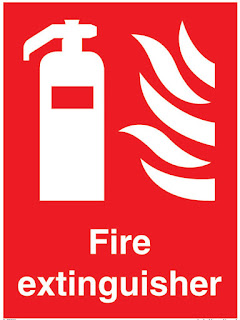 Taken as a whole, Singapore’s lockdown guideline changes are indicative of the firefighting culture in government. Instead of real solutions to real issues, Singapore’s leaders employ security theatre to assuage public fears instead of using proper crisis communications and management. The inter-ministerial task force is prone to overreaction and impatience instead of employing daily briefings over time to persuade behavioural modifications by the public and to mitigate risky behaviour. In addition, the task force is unable to distinguish between new developments and game changers. In a novel pandemic situation, it is critical that epidemiological science remains at the fundamentals of a nation’s response even while information is dynamic.

Situation update: What has Singapore done for its guest workers?

The massive Covid-19 outbreak in Singapore’s guest worker community may be the black mark that has blemished international regard for the nation’s competence in the fight against the coronavirus, but Singapore’s leaders have begun to make up for their institutional blind spot by moving guest workers out into more spacious temporary accommodations in military camps, cabins in ships, and unused residential flats and ramping up testing for the entire guest worker population.

In its daily statistics, Singapore’s leaders continue to refer to this outbreak as taking place outside “the community”, with guest workers counting outside “community cases”. Yet the non-political and practical response on the ground has been to house these “non-community cases” in “community facilities” if they test positive but do not require hospitalisation.

It is heartening to know that while Singapore’s political instinct is determined to rearrange deck chairs on the Titanic, the medical response on the ground is firmly rooted in science. It is disheartening to know that members of Singapore’s homegrown press have unquestioningly bought into the unjustifiable segregation of guest workers. One “Tessa from Today” actually asked in a Interministerial Covid-19 Task Force briefing if the curve has been flattened because the “community cases” for that day was just one. Of course she ignored the 600+ new cases from that day because guest workers are not part of the community, according to political meddling in Singapore’s daily coronavirus reporting. 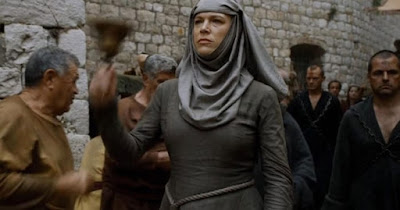 See what happens when journalists take the government’s segregation narrative to heart?

This article was first published on the author’s website. It has been republished with permission.