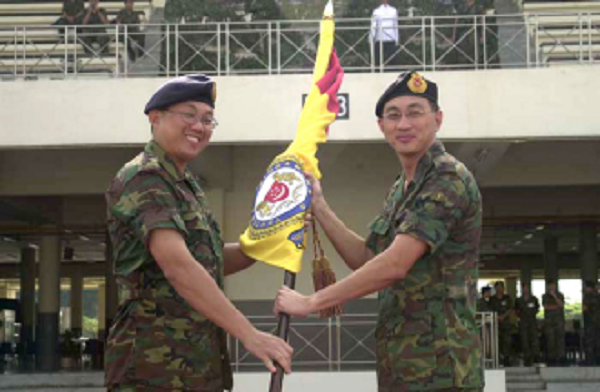 Two very troubled Singapore institutions have been hogging the news the last week. Both have a direct impact on the lives of Singaporeans. One –  Singapore Press Holdings and its jurassic Pyongyang Times-era newspapers  – we can live without in the age of social media – but  the other –  MRT – we can’t.

Let’s look at SPH. It just went through another round of staff spring-cleaning.  The 10 per cent trimming exercise was already anticipated way back last year when the media conglomerate announced a review of its operations across various media platforms. This was the then CEO Alan Chan’s farewell “gift” (or slap) to loyal workers before he made way for Ng Yat Chung. What the new CEO, the wunderkind former captain of the sunken NOL, has just announced as his nice-to-know-you hello present – the laying off of 230 people – was practically non-news.

SPH goes through such exercises periodically. As a big company with a staff strength of 4,000-5,000 at any one time, these self-renewal acts are necessary and many large corporations do the same thing.

For SPH, however, these attempts at so-called self-renewal do not tell the real story. It knows full well that print newspapers are a sunset industry, with some exceptions in the US because of Donald Trump who has been at war with the media elite and been giving the New York Times and Washington Post and maybe even CNN a fresh lease of life.

Being a savvy media company with strong resources, the company has been trying out all types of platforms to test and carve out niche markets at every segment, especially those aimed at millennials, otherwise known as the HENRYs (high earnings, not rich yet), who are replacing the fading babyboomers as the next big democratic group.

SPH has not been idle. Here is a small list of such efforts: Project Eyeball (a defunct “serious” morning tabloid at $1 per copy!), STOMP (still around), AsiaOne (about to disappear into thin air), Streats, My Paper (merged with The New Paper) and The New Paper as a younger brother of the forcibly closed down spunky New Nation.

The Straits Times itself has undergone the occasional facelift, each time with the promise of better service to the readers and, usually with a breathless declaration of self-importance, the community of Singaporeans!

The big questions are: Are Singaporeans buying the SPH flagship publication per se? Are they buying the stories published in the paper?

Part of the answer to the first question, which is No, lies in these just released 2017 figures:

The answer to whether Singaporeans actually need to pay for and get the press release-type government news dutifully churned out by the state machinery is, of course, a resounding No. Not today, even less so in the years ahead. As DPM Tharman Shanmugaratnam says, Singaporeans are no longer idiots, they have other avenues and sources.

SPH is stuck in a no-win situation.  Put bluntly: It should and probably wants to be a real newspaper – report objectively without undue constraint and serve Singaporeans well. Its reporters surely wish to be truly professional.

But it can’t and will not be allowed to be other than a state mouthpiece. And so, all these self-renewal exercises will come to naught, as each editor comes and goes and is sidelined or sent to a think-tank should he or she get out of line.

The company is not only in a sunset industry, it is still groping around in the dark ages.

Equally stuck in the tunnel and possibly sinking is the MRT, otherwise known as Khaw Boon Wan’s Nightmare.

One picture which will probably be the Picture of the Year is that of a MRT train stuck in flood water somewhere in a Bishan underground tunnel track. Flood water in an MRT tunnel? Incredible. What next? So much for maintenance and system checking. A state media writer had the audacity to float the insulting excuse that it could be the result of climate change. What has a faulty pump got to do with climate change?

Incompetence and poor checking caused the disruption of the N-S Line, pure and simple. To assuage public anger, SMRT has removed its vice-president of maintenance and replaced him with another person.

But where does that leave its CEO and the Transport Minister? Desmond Kuek should have been sacked like eons and many lame excuses ago.

What about Khaw? I would say he is somewhere at the stage where ex-DPM Wong Kan Seng was when Mas Selamat escaped under his nose. At least Wong had the honour to say he was sorry for the lapse and took full responsibility, and subsequently left. Good for him.

It is time for Khaw to go.