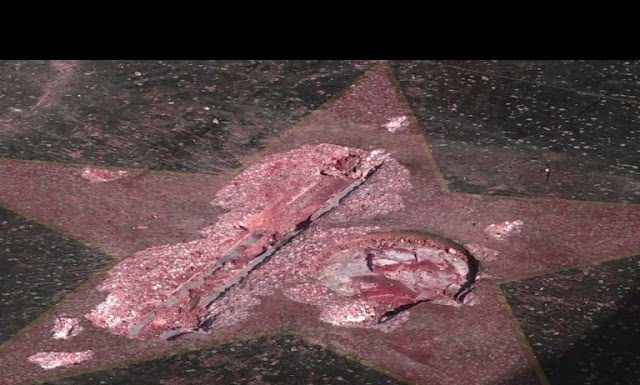 A man suspected of vandalizing Trump’s Hollywood Walk of Fame Star turned himself in to the Los Angeles Police Department. He allegedly used a pickax to destroy the President’s star early Wednesday morning.

The suspect vandalized the Star by swinging at it on Hollywood Boulevard near Highland Avenue at about 3 a.m. His action left chunks of concrete strewn across the sidewalk. The police in not revealing his identity, said the suspect surrendered at about 4.30 a.m.

Trump’s Hollywood Walk of Fame Star was placed on Hollywood Boulevardin 2007 to recognize his work on the reality show “The Apprentice.” It has been vandalized many times since Trump announced his candidacy for the American Presidential election. In November 2016, his star was similarly vandalized by a man dressed as a construction worker who used a sledgehammer and pickax.Follow us on Social Media