The Independent Singapore News
Home News Featured News "We will stand with you!" - Widespread support for WP pours forth...

“We will stand with you!” – Widespread support for WP pours forth following AHTC judgment

Despite being found liable for the damages in the AHTC case, Singaporeans have expressed their support for the three opposition MPs. 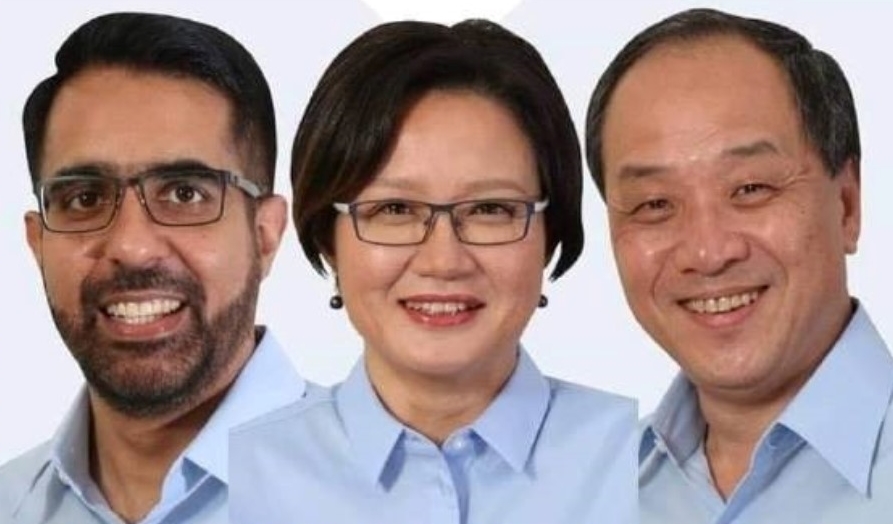 Support for the Workers’ Party (WP) has been pouring forth even after the High Court found three WP Members of Parliament (MPs) liable for damages in the Aljunied-Hougang Town Council (AHTC) lawsuit.

Between July 2011 to July 2015, AHTC had paid at least S$33.7 million to their town council managing agent FM Solutions & Services (FMSS), which was appointed without tender. Claiming that these were “improper” payments, an independent panel appointed by the town council initiated civil proceedings against Low Thia Khiang, Sylvia Lim and Pritam Singh.

In his judgment released yesterday (11 Oct), High Court Judge Kannan Ramesh said that Mr Low and Ms Lim had breached their fiduciary duties to AHTC and that Mr Pritam breached his duties of skill and care to the town council.

Unless the WP MPs are unable to pay the damages, it is unlikely that the judgment will affect their parliamentary positions since the lawsuit arises from civil proceedings. If they are unable to pay up, they will be made bankrupt and lose their seats in parliament.

In a statement released yesterday, the three MPs said: “The court judgment for the first tranche of our case was released this morning. We are in the midst of reviewing the judgment and will take advice from our lawyers. We will share more details on our next step/s in due course.”

Mr Singh, the party’s secretary-general, said on his personal Facebook page that their “Town Council work continues in earnest” and promised to continue updating the people online.

Despite being found liable for the damages in the AHTC case, Singaporeans have expressed their support for the three opposition MPs. While some detractors said that the three politicians are unfit for office, supporters are spurring the MPs on and have pledged to vote for their party in the impending General Election: 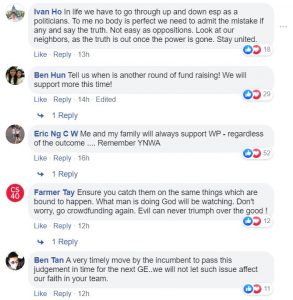 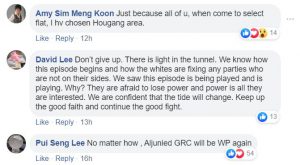 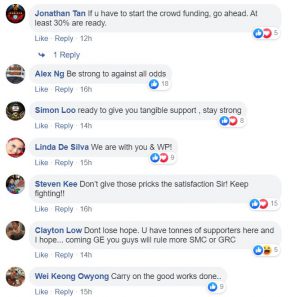 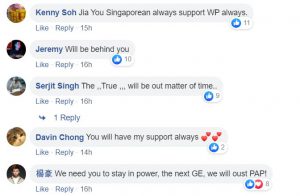 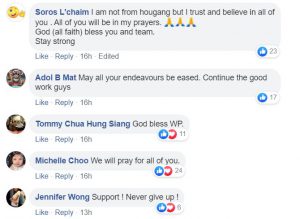 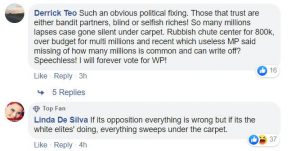 Singaporeans have also urged the MPs to start crowdfunding and have said that they will chip in to ensure the politicians do not become bankrupt and lose their parliamentary seats.

While the hearings for the AHTC trial were proceeding in October 2018, the three MPs appealed to the public for help to fight the multi-million dollar lawsuit. Revealing that they had “depleted our personal resources” and that they have not used any party funds, the trio asserted that they are committed to fighting vigorously against the claims that have been levelled against them.

Just three days after the trio appealed for financial support, Singaporeans donated over a million dollars from the public towards their mounting legal costs. Closing the appeal after the third day, the MPs said: “We thank you from the bottom of our hearts. The financial support is crucial but the moral support you have given us is incalculable.” /TISG