The Independent Singapore News
Home News “We owe a deep debt to this pride of lions,” PM Lee...

“We owe a deep debt to this pride of lions,” PM Lee posts photo of LKY’s first cabinet from 1959 together with current cabinet

PM Lee highlighted the simplicity of dress of the people involved, despite it being a momentous occasion, with founding Prime Minister Lee Kuan Yew and his ministers in white shirts and pants 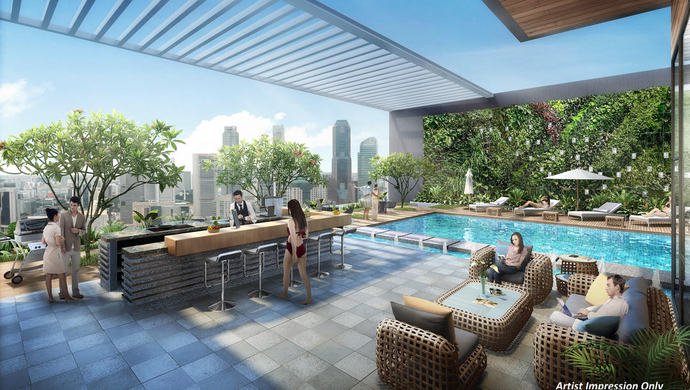 Singapore—To commemorate the historical significance of June 5, 1959, Prime Minister Lee Hsien Loong posted a photo of the country’s first cabinet along with the current one.

After all, it has been sixty years from the time that the country became self-governing.

PM Lee highlighted the simplicity of dress of the people involved, despite it being a momentous occasion, with founding Prime Minister Lee Kuan Yew and his ministers in white shirts and pants. In the same vein, he pointed out that William Goode, the former Governor and, in 1959, newly appointed Yang di Pertuan Negara, “officiated in a fawn-coloured suit, not the regalia of empire.”

Sixty years ago yesterday, 5 June 1959, the first cabinet after Singapore gained self-governing status was sworn in at…

The Prime Minister wrote that this was a sign of a new beginning for the nation. He quoted his father’s words from a big rally two nights before, “Once in a long while in the history of a people, there comes a moment of great change. Tonight is such a moment in our lives … We begin a new chapter in the history of Singapore.”

PM Lee wrote about the troubles that beset the new government, saying that ruling party People’s Action Party (PAP) had faced near defeat in the succeeding years.

He recounted these struggles: “First came the life-and-death battle against the communists and their supporters,” wherein LKY “insisted” that 8 left-wing detainees be released from Changi Prison by the British before he agreed to take office. However, “Two years later, all but one of them split from the PAP to form the Barisan Sosialis.”

PM Lee went on to write, “After the Barisan lost the September 1962 Referendum and the General Election in 1963, we spent two years in Malaysia. Mr Lee and his key colleagues fought tenaciously for a multi-racial society, risking arrest or worse.”

He then commended the Pioneer and Merdeka Generations for uniting behind PAP, which caused, he says, Tunku Abdul Rahman to leave Malaysia and gain its independence.

The Prime Minister stressed the significance of June 5, 1959, calling it “one of the milestones that made possible 9 August 1965, and all that followed over the next 54 years. We owe a deep debt of gratitude to this pride of lions who took office 60 years ago, and to the people they led.”

Since the anniversary this year fell on Hari Raya Puasa, a holiday, and there had been no cabinet meeting, the current photo PM Lee posted was from a day later, on June 6th.

He wrote, “Today, we took a photograph of the 14th Cabinet before our meeting started (minus a few members who were overseas or not able to be there – Desmond Lee, Grace Fu, Iswaran, Maliki, and Ong Ye Kung) to mark the 60th anniversary of the historic swearing in of the first Cabinet.

As I told my colleagues, the fight continues. The dream of an ever better Singapore is alive and well. Our pledge to be one united people, regardless of race, language or religion, endures.”/ TISG