Universal basic income: is it really what today’s youth need? 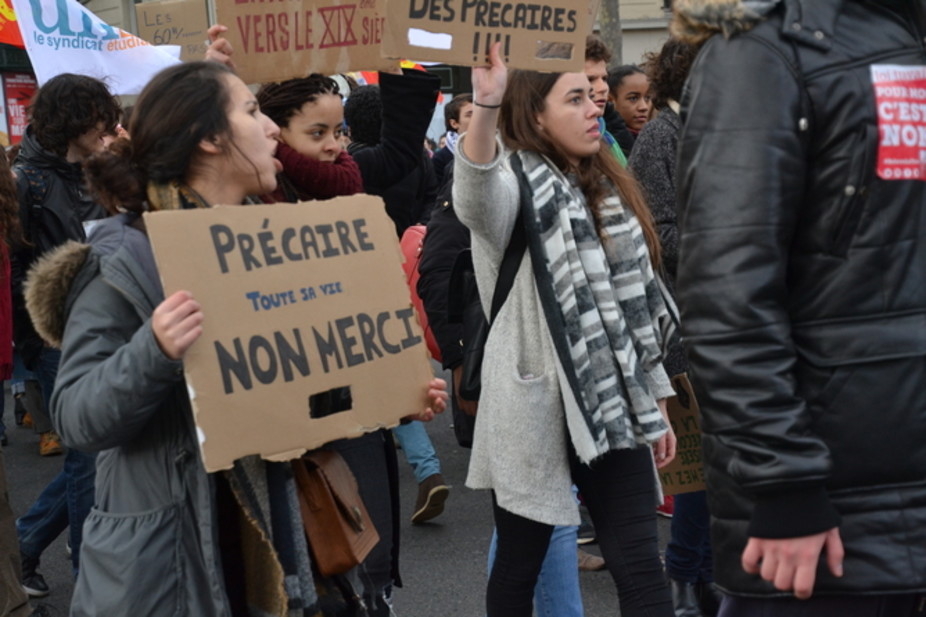 Around the world experiments in universal basic income are taking place. The question of affordability has dominated much of the debate but the focus on young people, as proposed by French presidential candidate Benoit Hamon, is important to examine.

It is not so easy being young

The International Labour Office estimates that the unemployment rate for young people was 13% in 2016, a new high representing 71 million people, with little prospect of improvement in 2017. As outsiders looking for jobs with limited professional experience, young people are at a serious disadvantage.

In recent years, the Great Recession has exacerbated the consequences of young people’s weak position on the labour market in terms of joblessness and the quality of work. Recent European-funded research has shown that policy responses towards young people have been inconsistent, and at times incoherent, demonstrating an ongoing reliance on reducing employment protection and limiting income protection.

The impact of basic income on youth

Based on a number of pilot studies around the world, there is some evidence on how basic-income schemes can impact the lives of young people. The effects on participation in education are particularly important – young people are more likely to complete their secondary school education when the pressure to earn is eased.

An experiment in Manitoba, Canada, in which everyone qualified for the scheme, found that basic income can influence young people’s attitudes towards education. The researcher, Evelyn Forget, noted that each student’s decision around whether or not to stay in school was influenced by norms regarding education – whether or not their peers also favoured education over low-paying work.

The effects regarding employment and entrepreneurship specific to young people, however, have not yet been studied.

According to a preliminary report, two subsets of young people were excluded from the experiment in Finland: students, because the trial is intended to study short-term effects on employment; and economically inactive young people, because their existing benefits are lower than those of adults over the age of 25.

The challenges for youth in France and elsewhere

The characteristics of the French and some other European labour markets create a number of challenges for young people. For those who drop out of school without an adequate qualification, access to work is difficult. While it is predicted that a universal basic income scheme might support young people’s decisions to forgo greater earnings in the short-term, whether through third-level education or internships, apprenticeships and voluntary work, there are multiple reasons why people drop out. Furthermore, in countries with well-protected permanent contracts, like France but also Spain and Italy, the segmentation between permanent and temporary contracts is perhaps the greater challenge facing young people.

Churning between short-term jobs is certainly a source of insecurity and precariousness. A 2016 study shows that 53% of French workers under the age of 25 participate in such “independent work”, meaning its disadvantages are particularly felt by the young. Young people more likely to cycle through different work situations quite rapidly (from education to summer jobs or unemployment, from internships to short-term contracts and gig work) with many gaps in between in which they are not supported and thereby left vulnerable. This is a point highlighted in a French Senate report on basic income, which notes that only 44% of job transitions are direct, involving no period of unemployment between the two, and that vulnerable indirect transitions are concentrated among the young.

Being young is also about finding one’s way in life and this group’s tendency towards short-term positions might be attributable, in part, to their exploratory approach to employment, whereby low-paying or “gig economy” jobs are taken to meet short-term needs, to gain experience or to get a taste of a given industry. However, we can also see it as part of a wider trend whereby job security is experienced by fewer and fewer workers, risking more frequent retraining and periods without work.

A universal or conditional income for young people?

In France, the scoping for an experiment in the Aquitaine region is already underway but so far little has been said about young people. Meanwhile, presidential candidate Hamon has proposed an amount equivalent to the full RSA (income support) to be paid unconditionally and automatically to all people between the ages of 18 and 25 as a first step in his introduction of a universal basic income scheme. Due to means testing based on parental income, most un- and underemployed young people do not now qualify for the RSA, so this move could make a difference to those excluded, as well as to their families.

A common worry is that providing a basic income for young people would, perhaps more than for other demographic groups, encourage worklessness and dissuade integration into the labour force, with severe long-term effects. In this light, a “participation income” may seem more palatable.

This would involve imposing conditions on the receipt of a basic income – for instance, that the young person would have to commit to perform voluntary work in their community, pursue training, take steps to establish a business, etc. An immediate difficulty is that the definition of such participation could be problematic. Furthermore, administration of such a conditional scheme would involve expenses that may outweigh any increase in participation relative to an unconditional scheme.

For instance, a similar European-wide conditional scheme, the Youth Guarantee, has run into difficulties in expanding its reach to all young people in long-term unemployment due, in part, to the expense of career counselling and monitoring.

A Dutch experiment, known as Know What Works, is planned for later in 2017 and will go some way towards answering this question by investigating the relative expense of various conditional and unconditional benefits.

As the nature of working life changes, it seems fair to say that workers will need to be agile and ready for retraining and new opportunities. Those people entering the labour market with limited experience bear the brunt of this new reality and the associated risks. Addressing these risks is one core argument for basic income – a secure floor that does not require form-filling and applications each time one falls below an income threshold. Such an approach could make sense for young people in a world of job uncertainty and flexibility.

Furthermore, it is argued that freeing people from the stress and bureaucratic entanglement of income support, as well as from the work disincentives that plague conditional benefits, could allow people to focus their attention more productively. Young people should be focused on education, training, discovering their unique contribution to society, and ultimately on creating work opportunities for themselves and others. Whether a universal basic income achieves that for young people will depend on how the French people vote in May 2017 and the results of the experiments in France and elsewhere.