Time to ditch the NDP 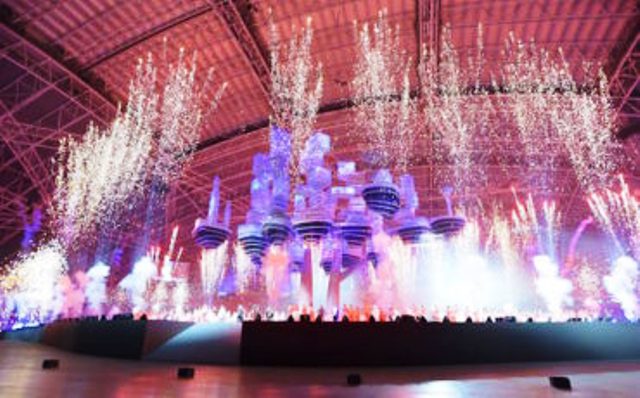 This following article was written in 2013. The writer says, “If i were to write this essay today, I’d add something about how my version of the 24-hour national day broadcast would include Dr PJ Thum manning the petition signing for the appeal against the new contempt of court law.”

—
We bring to your attention Channel NewsAsia’s report on the 2013 Singapore National Day Parade, and its figure of 27,000 celebrants.

Figures on attendance and participation in previous years’ NDPs have not been officially collated; nonetheless a rough gauge can be gleaned from the headlines and reports from The Straits Times. In 1966, the participant figure was 23,000. In 1969, 30,000. In 1986, it swelled to 70,000 at the National Stadium. In 1997, ST decided to report only on the spectators (as opposed to everyone at the NDP, including the contingent and performers), which they pegged at 60,000.

From these numbers, a few statistical observations emerge.

Singapore’s population has increased from 1.65 million in 1966 to over 5 million in 2012. Yet the attendance at its National Day Parade appears to have plateaued on the eve of the Asian Financial Crisis and declined steadily since, and shrinking to early independence era numbers. As a percentage of total population, attendance figures haven’t just returned to early independence era figures; they have plummeted far below that.

Despite the NDP being telecast on every free-to-air channel ever since its inception, the Media Development Authority and its predecessors do not publish viewership figures. We only have anecdotal reports that people have been tuning in to the NDP far less these days.

Ditch the NDP now, I say!

Why watch the NDP anyway?

“No need lah. It’s the same every year.” – anonymous

“My preoccupation wasn’t the audience at the parade. They were the converted… It’s actually the rest of the Singaporeans who are thinking, ‘Ah, another propaganda event.'” – MP Chan Chun Sing

I have neglected to say that lower audience numbers may be due to declining interest — or they could be the direct result of venue capacity, or due to an interaction between the two.

But to read MP Chan Chun Sing’s thoughts on his 2009 parade, one might come to the idea that the SAF possesses statistics which show a steady tapering off in the numbers of “the converted” which predates the New Normal. But why?

It can’t be because the NDP is the same every year. The NDP has to be the same every year. You’ll agree too if you see it as a secular ritual commemorating nothing less than the State itself. The ritual serves to recreate the social and political order in mystical and symbolic terms, to reify the official narrative(s) (Singapore: from fishing village to cosmopolis and nation, for example) as a spectacle, an assault on the senses, ready to be consumed by awed and numbed citizen-units whose sole contribution is to stand up to sing the year’s NDP song (which fails as a patriotic song if it can’t be sung in unison by a crowd).

Well-travelled observers will no doubt seize on the striking similarities between the military pornography, authoritarian fetish, and spectacle addiction of Singapore’s NDP to similar displays in Soviet Russia, the DPRK, and other post-communist relics of the world.

If there is a gradual but terminal decline in interest in Singapore’s NDP, it can only be a symptom of a far greater malaise; it could very well be that Singapore has come of age, that top-down secular rituals, mass displays, the performance of grand national narratives are no longer effective means of directing a people towards a shared national consciousness. Perhaps, if the NDP planning committee were sharp and farsighted enough, they’d be asking what kind of national consciousness we’d get if they applied a bottom-up approach instead.

Oh look, even the Russians do reenactment spectacles these days

If the priestess of Ise were in charge of the NDP planning committee, I’d scrap the NDP entirely. Its time has come and gone.

Instead, I will give you a non-NDP, an anti-NDP. Imagine from dawn till dusk, several roving camera teams tasked to find out how people are spending their 9 August. As you tune in over the day, you’ll see actual people, actual events actually happening right now on national day…

In Singapore, with Singaporeans working (or having a rest), celebrating (or refusing to, or celebrating something else entirely), taking a break from life or having to deal with life. Singaporean citizens and PRs, FTs and tourists. We’d watch Gilbert Goh’s Hong Lim Park celebration, fly to the Botanic Gardens for the Pink Picnic…

We’ll see the aged grandmother who still needs to sell tissue on National Day, the foreign maid who used to work in Singapore on a pittance, a group of ah bengs hanging out at AMK Central spoiling for a fight, a fever-wracked middle class, middle age man desperate to find a clinic open on National Day. We’ll hear from the ra-ra patriots, and maybe say hi to Francis Seow and Tan Wah Piow after all these years.

Imagine all this, in 5 minute segments. It’ll be quite literally one Singapore, many stories. And it will be truth in advertising. And I’d watch that.

—
Republished with permission from Akikonomu’s blog.Follow us on Social Media