The Independent Singapore News
Home News Suzhou Industrial Park: Were S’poreans ever told how much we lost?

Suzhou Industrial Park: Were S’poreans ever told how much we lost? 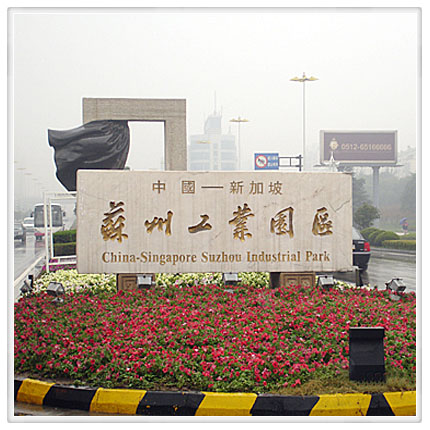 It states that “Suzhou Industrial Park (SIP): A letter of intent was signed by its Administrative Committee, National University of Singapore and the Institute of Molecular and Cell Biology to deepen cooperation in the biomedical industry. The industrial park, the first of three joint government projects, was started in 1994.”

I remember that there were issues about transparency and accountability, as to how much losses were incurred on the SIP?

So, I googled “Suzhou Industrial Park losses” and found the following:

“Singapore has accused the Suzhou authorities of directing investors to their own wholly owned, nearby industrial and economic zone where land and service charges are cheaper.

The decision to pull forward the transfer date is the clearest evidence so far that Singapore wishes to reduce its involvement in the ailing venture.

It would cover a total of 70 square kilometres and be developed over a 20-year period at a total investment cost of US$20 billion, according to the original plan. So far, eight square kilometres have been completed.

Just 48 companies moved to the park in its first three years, bringing in total investment of $3.24 billion. Another 30 are said to be building facilities there, but the Singaporeans fear interest may have already peaked.

Lim Neo Chian, chief executive of China-Singapore Suzhou Industrial Park Development, has appeared on Singapore’s Insight television programme and complained that the commercial and residential aspects of the township had been a complete flop.

“We’ve hardly made any progress at all,” Mr Lim said.

The original plan envisaged more than 100,000 people living within the hi-tech industrial town. Instead, its population stands at just 500, providing little in the way of a workforce.

For several years there have been rumours of discontent over Singapore’s flagship venture in the mainland, but no-one dared speak out.

That silence was finally broken in December last year when Singapore Senior Minister Lee Kwan Yew visited the mainland and delivered a blunt message to the Suzhou municipal authorities about their attitude toward the high-profile joint venture.

He told them they needed to decide whether to back the Sino-Singapore park or its rival municipal project, where costs were lower.

Mr Lee warned if Suzhou authorities decided on the latter, “then it should devote all its resources to it and the SIP will bow out”.

Lim Chee Onn, the park’s former chief, told Insight that Suzhou officials “did not quite understand the purpose” or had “lost sight of the original goal” of the project.

Singapore officials also said they felt an “investor-friendly mindset has not been internalised” by mainland workers in Suzhou.

To aid in the park’s transfer, Singapore officials now intend to accelerate the transfer of know-how and software so that the park and companies within it can continue under mainland management control.

So, were Singaporeans ever told how much we lost?Follow us on Social Media