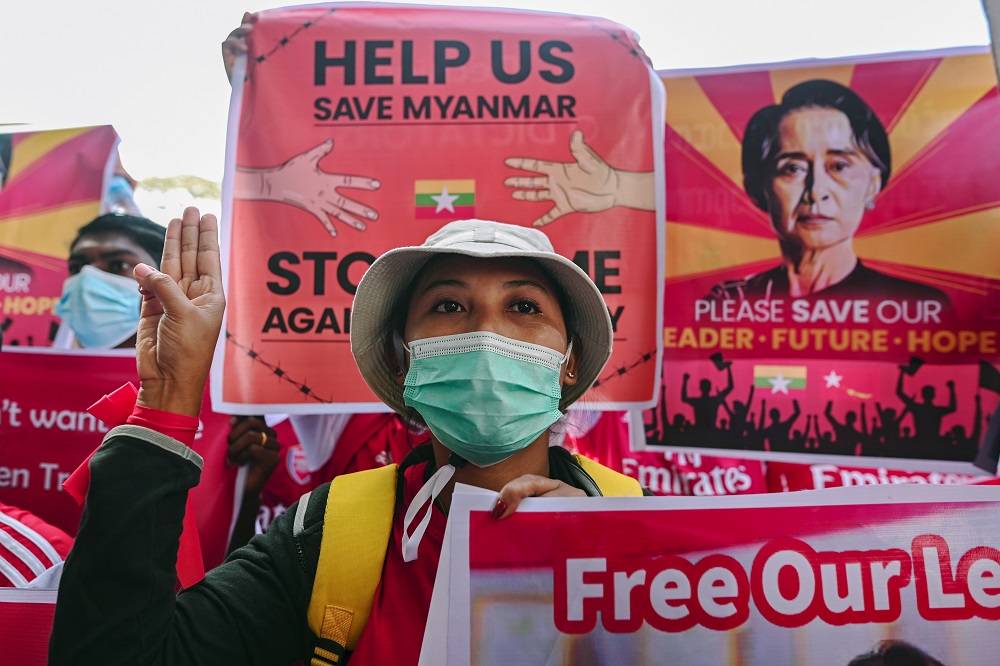 KUALA LUMPUR — Strong and decisive leadership decisions, and calls for an immediate cessation of violence must be top priorities for Asean leaders meeting in Jakarta this weekend, or they risk seeing Myanmar relegated to the region’s first failed state, said the Malaysian Advisory Group on Myanmar.

The Advisory’s chairman, Tan Sri Syed Hamid Albar, said Myanmar’s current state of instability, if not addressed swiftly, could see its effects ripple into neighbouring and regional countries and snowball into further abuses and transnational crimes.

“For the first time since its founding in 1967, Asean faces the prospects of one of its member states imploding and becoming a failed state. The impacts of state failure will reverberate beyond Myanmar’s borders and pose a clear and real threat to regional peace and security.

“It is in the immediate and long-term interest of Asean to prevent state failure in Myanmar.

“Stabilising the situation in Myanmar and addressing its negative spillover effects on the entire region urgently requires strong, decisive regional leadership and diplomacy to guide Myanmar back to a path of stability, peace and democracy,” Syed Hamid wrote in a statement today.

The Advisory in its statement also included six areas of importance that should feature prominently at this weekend’s meet, starting with the immediate cessation of violence.

“The safety and protection of the civilian population from Myanmar must be a top priority at the Summit,” Syed Hamid said.

Next, they advised that the Summit understand the implications towards regional stability that could come from an extended reign of the Tatmadaw junta, and hold them accountable for the damages caused to the country and the region’s stature.

“Asean must make it clear that state failure is a serious threat to regional stability and that the Tatmadaw must assume responsibility and work with Asean to resolve the crisis and prevent the crisis from deepening further.

“Asean must also make it clear that it is not conferring legitimacy to the Tatmadaw’s State Administration Council but is engaging them to find a solution to the crisis,” he said.

Syed Hamid also called for a Humanitarian Pause to be implemented throughout Myanmar and the deployment of the Asean Emergency Response Assessment Team to conduct rapid needs assessments in affected areas.

This would also include allowing access to other humanitarian bodies like the United Nations, Red Cross and other NGOs, while assigning civilian monitors to ensure aid is distributed impartially.

Syed Hamid said the next step would be for Asean leaders to offer mediation to Myanmar through a Special Envoy, consisting of high-level figures from the region’s member states to initiate talks with the junta and build a recovery roadmap.

He underscored the importance of seeking a resolution by highlighting how more than 730 Myanmar civilians, including more than 50 children, have been killed as result of pro-democracy conflicts with the junta, with more than 3,300 still believed to be detained.

“Internal displacement is rising dramatically and the region will see an increase in refugee flow from Myanmar. The UN estimates that at least 250,000 people have been displaced within Myanmar.

“Violent crackdowns in urban areas and renewed conflict in ethnic areas such as Karen and Kachin State are driving people to flee their homes.

“These numbers are in addition to some 330,000 persons who were already displaced before the takeover of power, including in Karen State, Kachin State, Shan State and Rakhine State,” he said.

As such, he said Asean member states should also agree to a temporary measure of offering refuge to those feeling Myanmar to allow the burden to be shared among neighbouring countries, and last only until the crisis is over.

Compounding the situation is the country’s collapsing healthcare system amid the Covid-19 pandemic, which Syed Hamid said failing to control would also hinder the region’s recovery from the virus.

“Covid-19 PCR tests have stopped since February 1, and a shipment of 3.5 million vaccines by the Covax facility has not been delivered.

“Failure to manage Covid-19 in Myanmar will also have a major impact on the region, creating a new ‘virus pipeline’ and delaying recovery of the region as a whole,” he warned.

Syed Hamid pointed out how the country’s failing economy could lead to food insecurity, a breakdown of supply chains, and its eventual collapse.

With international ranking agencies predicting Myanmar’s economy to contract by up to 20 per cent, Syed Hamid said efforts must be put in place to re-stabilise the country and its income sources for the betterment of the entire region.

“Asean should engage the United Nations and wider international community, including the region’s private sector, in a plan for stabilisation, humanitarian and development assistance, and economic recovery in Myanmar.

“The protection of civilians and restoration of essential services must be of utmost primacy in these plans,” he stressed.

Syed Hamid also called for participation from major regional nations like China and India to cooperate in eradicating transnational criminal networks and activities, which he warned could thrive in Myanmar’s instability.

“Asean countries and other affected countries such as China and India should work together to prevent the rise of transnational criminal networks,” he said.Follow us on Social Media