The Independent News
Business & Economy Property Research: Private properties more affordable now than they were in 2013 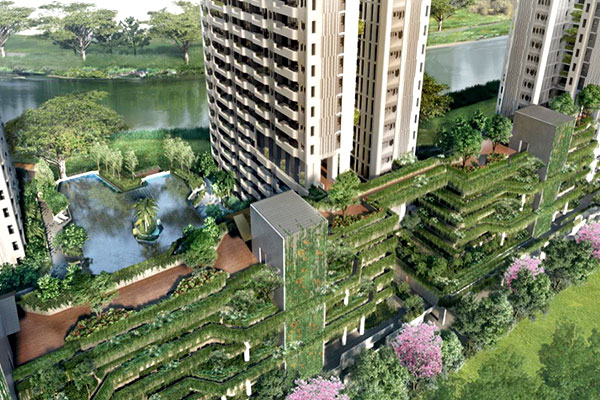 A research report by Savills Singapore said that private properties are more affordable now than they were in the 3rd Quarter of 2013. Alan Cheong, Senior Director at Savills, said that the latest cooling measures did not lead to a dip in market sentiment, but have only prolonged the previously anticipated sharp price increase of private properties.

The research report which noted that sales volume picked up in quarter 2 despite rising prices, pointed to new launches of private homes (excluding executive condominiums (ECs)), which rose 164.6% quarter-on-quarter (QoQ) to 2,437 units in Q2.  The report said that the number of private homes that developers sold in  in Quarter 2 of 2018, about 2,366 units, was 49.7% higher than the preceding quarter. In the secondary market, the transaction volume of private homes also jumped 28.6% QoQ to 4,820 units, which is the highest level since Quarter 2 of 2011.

Based on caveats registered in the 2nd Quarter of 2018, a total of 4,801 non-landed private residential units were purchased by Singaporean buyers. This figure is up 38.7% QoQ. The market share of this group of buyers also rose by 4.4 percentage points (ppts) QoQ to 77.4%, the highest since Q1/2012, noted the report.

Savills’ check of caveats for new sales of non-landed private residential units showed that some 3,178 units or 85.4% of the total units sold in the first half of 2018 were priced below S$2.0 million each.

The Urban Redevelopment Authority’s (URA) island-wide private residential price index continued to rise for the fourth straight quarter, in the 2nd Quarter of 2018, although the quarterly growth rate moderated slightly. A similar pattern was found in the prices of high-end non-landed residential properties tracked by Savills.

“Moving on to 2018, for the first half of this year, prices rose 7.4%. Even if we subtract this from the 25% private housing affordability gains, private properties are still about 17% more affordable than they were in Q3/2013.

“So what we can say about the recent price and sales run up is that it is a recovery triggered by improving sentiment and fundamentally backed by vastly higher household incomes and balance sheet levels.”

The research report said that the continuation of sales at Park Colonial, Riverfront Residences and Stirling Residences (launched on the eve of the cooling measures) from 6 July onwards provided empirical evidence that this time round, the measures had a different impact compared with 30 June 2013 when the TDSR framework was implemented. It noted that back then, in the months after June, post-weekend launch sales (that is sales after the first weekend launch) dried up.

“For an analysis of the current cooling measures, we can look to the launch of The Tre Ver. Although prices were set below earlier expectations, they are nevertheless higher than our hedonic model output for Q2/2018 (and so excludes Park Colonial). The relatively healthy take-up of 19% on the first weekend of launch in early August, and the continuing post launch sales, even in the midst of the “Hungry Ghost month”, opens up the opportunity for us to contrast this with The Glades (September 2013).

The Glades was the first launch of a major project after the maiden imposition of the TDSR framework in June 2013. Both projects, fortunately for us, offer an almost one-to-one correspondence of the total number of units. The Tre Ver has 726 units while The Glades has 729…Even without the complete August month data, The Tre Ver has already outsold The Glades, partially showing that there are one or more causal factors inducing buyers to commit.”

Savills further explained that the residential property market had expected further cooling measures, but tat it was only the timing of the latest one which was unexpected. In calling the current cooling measures as a “known unknown”, Savills said that with current affordability levels much higher than they were in 2013, “a known unknown is less shocking than an unknown unknown.”

Combined with the markets’ adaptive abilities (i.e. these measures were a reprise of earlier measures), the measures did not induce a tear in the fabric of buyers’ expectations, claimed the report.

Nevertheless, in the immediate future, the sales volume of private properties is likely to be lower than anticipated, the report said. as most second-home buyers and foreign buyers will be priced out due to higher ABSD rates or will adopt a ‘wait-and-see’ attitude in the near term. We do not expect home prices to fall, and even if they do, it will not be a significant drop.

The central view of the research is that steep price increases for private properties in the near term will be deferred.

“Owing to the high land prices paid by developers for recent GLS sites and en-bloc sale sites, launch prices of some future developments may still set benchmarks in the vicinity but lower than what they had expected. In our view, the original price increase forecast for 2H/2018 (stress) is now re-vectored, with growth in the second half of this year slowing to 1.5-2.5% QoQ and the increase carrying over to 2019. In other words, the original price increase forecast for the 2H/2018 batch of launches will fall within the area bounded by the red arrows.”

If you are searching for private properties, but are ensure of funds availability for purchase, our mortgage consultants at iCompareLoan can set you up on a path that can get you a home loan in a quick and seamless manner.