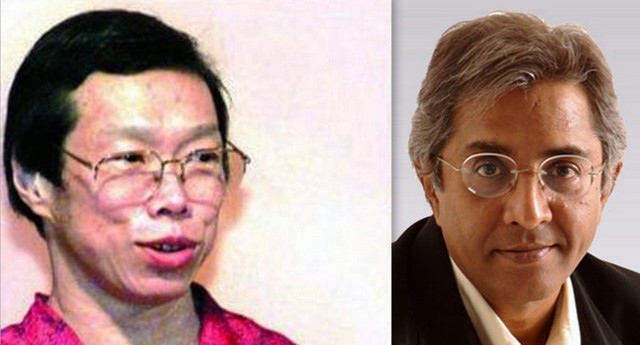 Chief of Government Communications, Janadas Devan, rebuked the daughter of Lee Kuan Yew for writing “tabloid-style” post with “misleading information”. The late Mr Lee’s daughter, Dr Lee Wei Ling, had earlier posted a screengrab of an email written by Mr Devan, in which he described those that opposed the demolition of the house at 38 Oxley Road as being “small minded”.

Writing in Dr Lee’s younger brother’s Facebook page as the comments section in Dr Lee’s own had been disabled, Mr Devan suggested Dr Lee may not have written the post herself. Mr Devan was Dr Lee’s editor when he was an associate editor at The Straits Times.

Dear Wei Ling:Your latest post blares, tabloid-style, misleading information. Having edited you for many years, I know this is not your style.

The email you quote was written when I was Associate Editor of Straits Times, not Chief of Government Communications. And as you know well, I had met Mr Lee Kuan Yew with a few other journalists to discuss a book that he had proposed on 38 Oxley Rd.

When he met us in July 2011, he made plain that he wanted the house to be demolished. But as the months and years passed, the nature of the project changed as it became less definitive whether the house would be demolished – and if so, when.

For example, we were told that you will be staying in the house for as long as you live. Then I learnt plans to build a model of the interior of 38 Oxley Rd was dropped – because, I gathered, Mr Lee was considering plans to gut the interior of the house altogether to remove traces of the private space.

There was no doubt then or now that Mr Lee’s preference was to demolish the house. But as the shifting instructions we heard from the family in 2011-12 – including from you – indicated, the fate of the house had by no means been decided at that point.

I ceased to be involved in the Oxley Rd book project in July 2012, when I left ST. My personal view remains that Mr Lee’s wish to demolish 38 Oxley Rd should be granted the moment you are no longer living in it, which may be 20, 30 or more years in the future.

In the meantime, I am as baffled as most Singaporeans why Hsien Yang and you wish to consume all of us in your personal family matters.

Please: Think of Singapore, and forget the rest.Follow us on Social Media