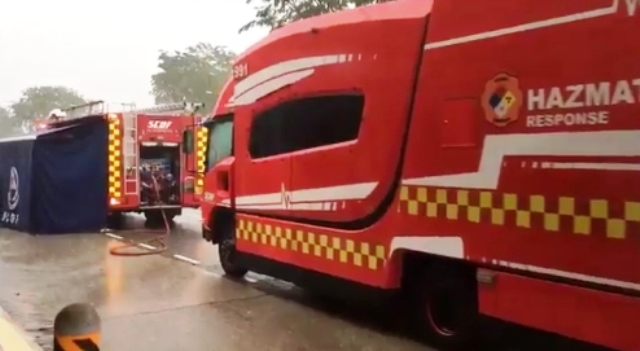 Further update: Police have arrested a 69-year-old man for an offence of Public Nuisance under the Penal Code after he left the baking flour at Woodleigh MRT Station.

—
Update: SCDF has established that the substance is baking flour. Woodleigh MRT Station has resumed services at 4.20pm.

—
The Police are investigating a case of “suspicious substance” found in Woodleigh MRT Station. The station is temporarily closed as investigation proceeds. The Police said in a Facebook post that together with the Singapore Civil Defence Force’s HAZMAT officers, they are “managing the incident”.