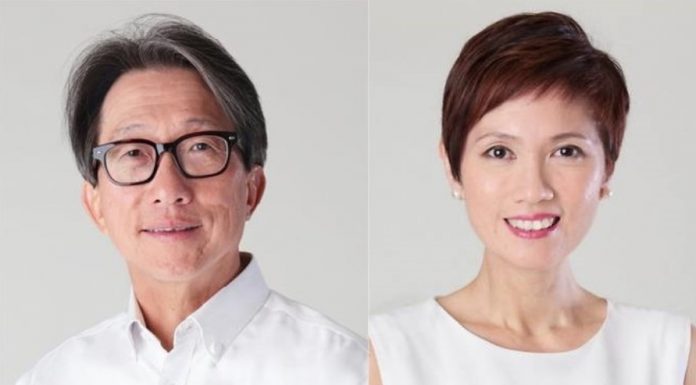 Ruling party parliamentarian Josephine Teo refused to be drawn into succession talk as she spoke to reporters at the sidelines of a Workforce Singapore roadshow.

The Bishan-Toa Payoh GRC MP, who has been tipped to become the next Manpower Minister, instead chose to pay tribute to current Manpower Minister Lim Swee Say who is reportedly expected to vacate his seat during the upcoming Cabinet reshuffle. She said:

Teo – who presently serves as Second Manpower Minister, Minister in the Prime Minister’s Office and Second Minister for Home Affairs – also chose to point out her long years working in the ministry.

While stressing that she finds the work in all three ministries she is involved in meaningful, Teo asserted: “When it comes to (the Manpower Ministry) I have a much longer engagement because I did spend quite a number of years in the labour movement.”

Although Teo was only appointed to the Ministry in May last year, she served as assistant secretary-general at the National Trades Union Congress (NTUC) between 2007 and 2011. She worked closely with Lim Swee Say during this time as Lim served as NTUC’s secretary-general from 2007 to 2015.

Urging reporters to be patients when it comes to leadership succession, Teo hinted with a smile: “I don’t think we have to wait very much longer till the Cabinet reshuffle is announced, and we just have to be a little bit more patient, we will come to that.”

tHE upcoming Cabinet reshuffle will give the fourth generation leaders more responsibilities and exposure, according to Prime Minister Lee Hsien Loong. These leaders are also in charge of setting the government’s agenda and drafting the President’s Address that will be delivered when Parliament convenes next in May.

On her role in drafting the President’s address and her ministry’s addenda, Teo said”

“It’s certainly a collective effort, and where MOM is concerned, the top issue Singaporeans want to know is what kind of future will it be for working Singaporeans.

“Those are the areas that people are very interested in and, of course, we will want to articulate how we hope to be able to achieve this,” she said. Mrs Teo also highlighted how various agencies work together in tackling issues.

“For example, MOM works on raising the bar in terms of helping workers to access job opportunities, but the career opportunities and the better jobs must first be created. And for that, we need our economic agencies to lead the way.”

https://theindependent.sg.sg/heng-swee-keat-claims-he-would-be-happy-to-continue-as-finance-minister-as-speculations-that-he-may-succeed-pm-lee-mount/Follow us on Social Media