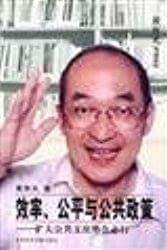 Yesterday (25 Feb), it was reported that NTU Winsemius Chair Prof Ng Yew Kwang thinks the recently announced 30% water price hike is too little for Singaporeans. He, in fact, wants to see a 100% hike implemented.

“If you compare it with other European countries, their prices are much higher,” he added. But he omitted to say that welfare support for the citizens in those European countries is also much better than Singapore’s.

The need for raising water prices is perplexing given that the govt has been subsidizing PUB since the independence of Singapore. In the last FY, PUB received $270 million govt subsidy resulting in a net profit of $167 million for PUB. It has been shown that if the 30% price hike was applied to PUB’s last FY financials, PUB would be making a net profit of $257 million with NO GOVT SUBSIDY at all!

In any case, this Malaysian-born professor is known to be an ardent supporter and advocate of the PAP govt, no matter what questionable policies are being made by it.

For example, in 2013 when the unpopular 6.9 million population white paper was put forward by the PAP govt, Prof Ng tried to help the govt by arguing that having a large population may not necessarily be bad. It could lead to better employment opportunities, he said.

He accused Singaporeans who view a large population with negativity have based their decisions on “fallacies”. He argued that entrepreneurial migrants would set up businesses that help create hiring opportunities. These migrants would also “provide locally unavailable skills which make certain business ventures possible”, he said.

Perhaps Prof Ng may be referring to those entrepreneurial PRC women who come to Singapore to set up spa and massage parlors. Certainly, these foreign women have many “locally unavailable skills” like “special” hand skills that our locals don’t have.

In another interview with BT on 28 Mar 2013, he said, “I was a student at Nanyang University over 1962-65. During that period, left-wing forces were very strong. Economic problems including low incomes and high unemployment rates were very serious. In the middle of 1967 came the announcement (subsequently implemented) of the withdrawal of British troops from Singapore.”

“The political, economic and defence problems then were huge. However, under the strong policies of the government, not only did Singapore avoid a big collapse, it actually achieved strong political stability, spectacular economic development (with a per capita gross domestic product now surpassing that of the United States) and large improvement in defence capabilities.”

“These successes are closely related to the high quality of people in Singapore and some favourable external factors. However, it cannot be denied that the tremendous successes of Singapore over the past half a century have also largely, if not decisively, depended on the long-term insistence on and efficient execution by the government of a free and open-market policy. This not only has attracted foreign capital, enterprise and talent to come to Singapore to develop, it has also raised the efficiency and international competitiveness of local enterprises.”

“Why should we now weaken our policy that has served us for half a century? Has our open policy increased our unemployment rate? No, the unemployment rate decreased from around double digits in the 1960s to the current 1.8 per cent, despite significant immigration over the last decade. A rate of 3 per cent is regarded as constituting full employment. So we in fact have ‘over full’ employment!”

For example, in Parliament last year, in trying to explain why the govt is not considering to implement a pay-as-you-bid system for COE bidding, Minister Khaw Boon Wan even quoted Prof Ng’s public argument against it.

“In addition, they pointed that a pay-as-you-bid system encourages gaming in that bidders will be constantly adjusting their bids in accordance with how they think others will bid, so that they do not end up over-paying,” Khaw added.

Of course, lower bids would mean less money for the govt, never mind if Singaporean families are in perpetual debt, decade after decade, over the purchase of cars.

But for the highly paid Minister Khaw and Prof Ng, high COE bids would not have affected them because they can afford it.