Who really cared about PM Lee fainting during NDR2016? 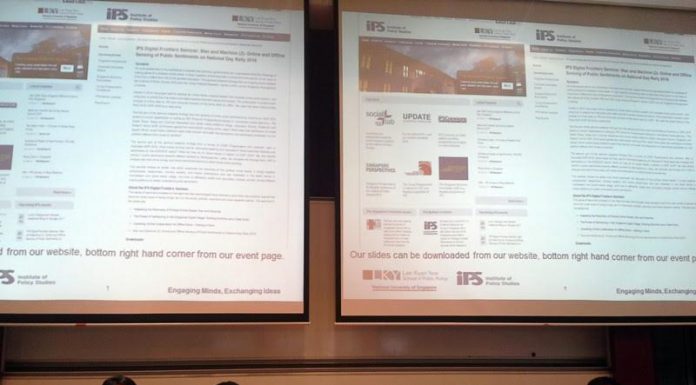 Apparently, quite a lot.

But that was not the only thing that Singaporeans remembered during National Day Rally 2016, when PM Lee Hsien Loong suddenly took ill and fainted on stage, which led to a massive out-pouring of concern and well-wishes.

A study conducted by the Living Analytics Research Centre (LARC) measuring online and offline sentiments towards NDR2016 revealed that, while PM Lee’s fainting spell received the most number of comments and posts online, issues like foreign policy, leadership succession and disruption to our economy also piqued interest among Singaporeans who have tuned in to the rally.

Among the topics that LARC identified for the study, online content for the Elected Presidency raked in the highest volume of comments and posts as a specific subject, after the PM’s illness and foreign policy.

The research also showed that while the interest in the Elected Presidency was high, it does not necessarily correspond with an interest in minority representation, which ranked much lower as a specific topic of discussion.

This result appears to be at odds with the government’s and mainstream media’s persistent attempt to portray the revised Elected Presidency as an issue of fair minority representation.

The study also reflected changes in how the public perceived the issue of minority representation in the Elected Presidency over time.

A follow-up online survey of 2,000 respondents conducted by the Institute of Policy Studies (IPS) from 31 August 2016 suggested that, while sentiments on the Elected Presidency and minority representation were mainly negative, a more positive outlook began to set in, presumably with greater media coverage and discussion on the issue.

The research team did express concerns that PM’s fainting spell could have skewed the results of the study, as the incident might have diverted attention away from the other policy issues identified in his speech.

However, what the study does point to is that “majorly, interest (in certain issues) in the online world quite reflects the offline world,” said Mr Tan Tarn How, Senior Research Fellow at IPS.

Mr Tan was also encouraged that such similar studies can be used to check on online-offline sentiments on more specific issues such a healthcare and transport.

The LARC study measured both the volume and quality – specifically, positive versus negative reactions to the identified topics – of activity online, using a data analytics programme to sift through more than 38,000 online posts related to NDR2016.

It was also shared that social media platforms such as public Facebook pages saw the highest level of online activity on NDR2016, way above the comments made on blogs and mainstream media sites, with online discussion forums coming in a far second.

More details of the study are available on the IPS website.Follow us on Social Media