The Independent News
Home News Featured News Netizens urge Pritam Singh to keep fighting for what is right in...

Netizens are urging Workers’ Party (WP) secretary-general Pritam Singh to keep fighting for what is right, in the wake of the clash between himself and a PAP-appointed grassroots adviser. Mr Pritam has said that Aljunied-Hougang Town Council’s (AHTC) community upgrading proposals are commonly ignored by the grassroots groups in his ward.

On 15 Oct, Mr Pritam decried the People’s Action Party’s (PAP) practice of appointing defeated PAP candidates as grassroots advisers in opposition-held wards and revealed that the construction of a simple access ramp that could have been built in months took about seven years to be completed due to “political double standards”.

Mr Pritam asserted that these grassroots advisers – some of whom faced off with the WP in past elections and lost – are able to delay community improvement projects in opposition wards for years or ignore proposals altogether.

Mr Chua, the son of former Cabinet minister Chua Sian Chin, was appointed the PAP’s branch chairman for the Eunos ward of Aljunied GRC in 2013 after ex-PAP politician Zainul Abidin Rasheed who lost to the WP in the 2011 General Election left politics.

Calling the access ramp issue a “red herring”, the PAP member also took the opportunity to make a dig at Mr Pritam over the recent High Court judgment on the AHTC lawsuit.

Mr Pritam promptly responded and asked why project extensions for the ramp were not communicated to the elected MPs for Aljunied GRC and whether Mr Chua to shed light on how much was allocated to the Aljunied grassroots groups after 2011 against the average allocated for other wards.

Asserting that another set of proposals AHTC raised for CIPC funding after 2015 was ignored, Mr Singh said: “Mr Chua contends that the BFA ramp is a red herring. He is wrong. It is a metaphor – A very powerful metaphor for the double standards when it comes to CIPC funding in opposition wards.”

In his latest Facebook post published yesterday (23 Oct), Mr Singh revealed that he has collated a “substantive summary of all communication pertaining to CIPC funding since 2012 that I have sent to or received from PA-appointees – from Grassroots Advisers, CCC Chairmen, PA Constituency Directors and CCC appointed consultants since 2012 for public scrutiny.”

Asserting that he has evidence that AHTC’s new CIPC proposals dating 2016 were ignored despite repeat reminders, Mr Pritam: “As I stated in my original post, no matter who is in Government or who is in the opposition, Singapore and Singaporeans deserve better.”

In the wake of his latest remarks on the matter, some netizens are calling on Mr Pritam to release the evidence he has collated. Others praised Mr Pritam for refusing to back down and appreciated the WP’s efforts. Promising to vote for the opposition in the upcoming election, many urged the WP to continue fighting for what is right: 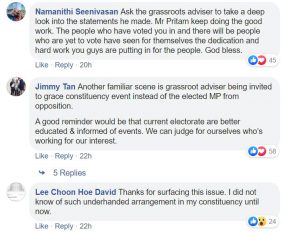 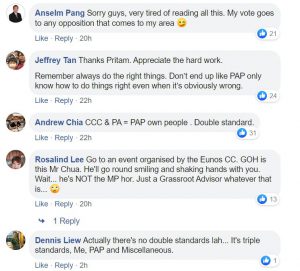 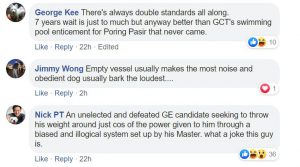 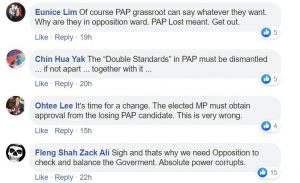 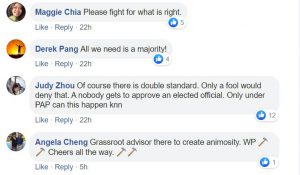 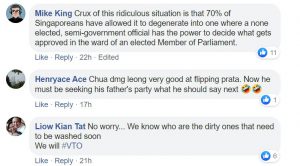 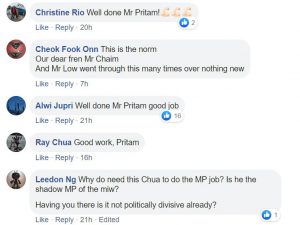