It is unclear if these images were actually taken at Jurong Fishery Port, or if they were just circulated because they are eye candy. 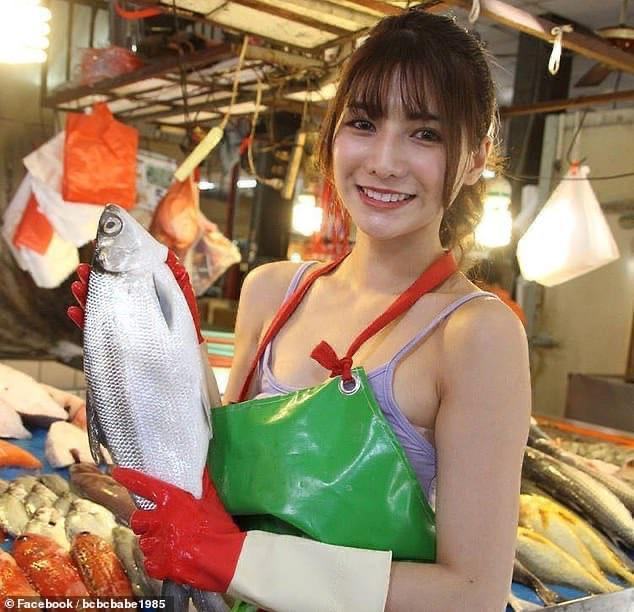 Update: The woman in the photos who netizens thought was a local fishmonger is actually Liu Pengpeng, a 26-year-old model who worked at different promotional events around Taiwan. The images were taken when she was seen selling fish at a wet market in Changhua.

Singapore — After rumours spread that the index case for the KTV cluster – a Vietnamese woman – worked at Jurong Fishery Port, netizens took to social media sharing photos, let’s just say, not of your average fishmonger.

Images circulating on social media and WhatsApp messenger showed photos of women, purportedly Vietnamese as well, selling fish. It is unclear if these images were actually taken at Jurong Fishery Port, or if they were just circulated because they are eye candy. 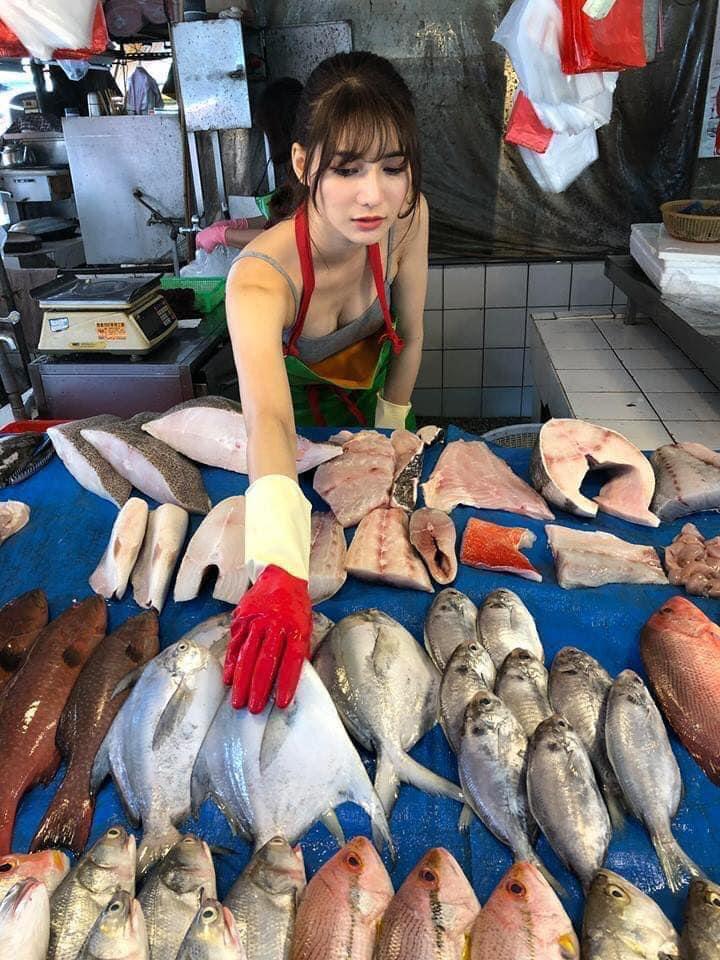 According to a report on Shin Min Daily News on Jul 18, the Chinese media reporters interviewed Jurong Fishery Port workers, who claimed that in one of the confirmed cases, there was a female employee who was suspected of being recruited part-time to work at a lounge.

The female employee was in charge of backend work at the port, Shin Min also reported.

Their piece went as far as to claim that the woman is of Vietnamese origin.

On Jul 19, the Straits Times also reported: “It is understood that a KTV hostess who recently tested positive for the virus had worked at the port.”

According to a CNA report on Tuesday (Jul 20), director of medical services at the Ministry of Health (MOH) Kenneth Mak said that it is not possible for authorities to identify a specific case and say that this was the case that led to transmission from the boats to the fishery port, and from the port to wet markets across Singapore.

For example, at least one COVID-19 case who worked at Jurong Fishery Port frequented a KTV lounge within the infectious period.

“It is, however, not possible for us to verify whether that individual did transmit an infection because the diagnostic PCR test performed on that individual detected the presence of COVID-19 virus, but it was at a very low count,” said Assoc Prof Mak, adding that this “very low viral load” means insufficient virus to carry out phylogenetic testings.

“From the public health perspective, it is less important for us to confirm that link between the Fishery Port and the KTV lounge,” he added. /TISG