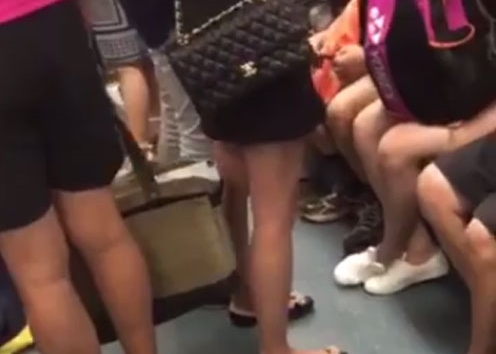 Just a day after a video of a man trying to take an upskirt video of an MRT commuter went viral, netizens have deduced the identity of the man as a physical education teacher at Xinmin Primary School.

Police investigations are ongoing, after a police report was lodged against the man. Xinmin Primary School has also put the teacher, who has been working there for slightly over a year, on leave.

In the video that trended yesterday, a tall Chinese man, dressed in a pink t-shirt and black shorts, was seen twiddling with his phone before placing it on his duffel bag and lowering it to his calf level in what appeared to be an attempt to take upskirt shots of a female commuter.

According to an announcement that can be heard during the video, the train was moving from MacPherson to Paya Lebar station at the time of recording.