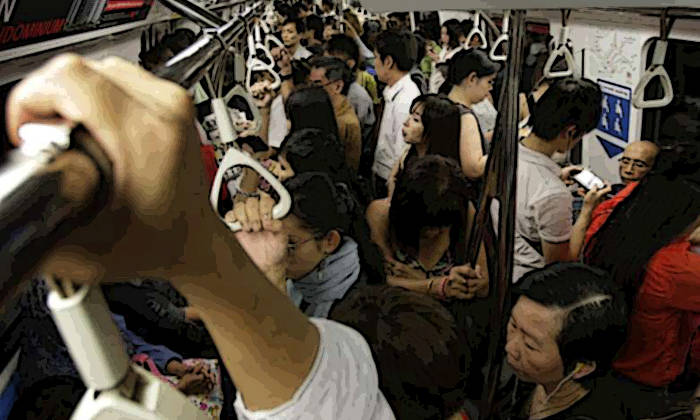 A 55-year-old man pleaded guilty to one charge of outrage of modesty, after he was arrested for molesting a 36-year-old woman on board public transport.

According to the Chinese daily, the culprit Xie Tian Chen committed the offence on board an MRT train moving towards Tanah Merah station on 27 Jun this year around 11.30pm.

Xie found a seat beside the woman who would become his victim on the train. He held a newspaper across his lap and pretended to read but surreptitiously began stroking the victim’s thigh over her skirt.

Court documents reveal that the victim, a manager, was so engrossed in reading an article on her phone that she did not notice that Xie had been caressing her thigh for 20-30 minutes.

This emboldened Xie who reported that he felt that the victim’s dressing and actions were very “sexy.”

Xie only withdrew when the victim finally realised what was happening and looked down.

He was sentenced to two weeks jail on Friday (25 Nov).

The Singapore Police Force (SPF) has reported a marked spike in outrage of modesty cases on board public transport recently:

The Force asserted last month that it is working on instating additional security measures to prevent Outrage of Modesty cases:

SPF also advised members of the public to take the following precautions to prevent crime:

When taking public transport, SPF advises members of the public to be alert and attentive to their surroundings and move away if someone comes exceptionally close. It added: