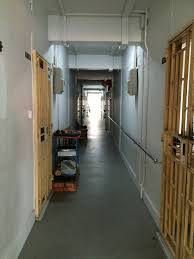 By: Leong Sze Hian
More Malay families living in rental flats
I refer to the article “More Malay families living in rental flats” (Straits Times, May 11).
It states that “The proportion of Malay families living in one and two-room rented flats has doubled in the last decade, government figures show.
Last year, there were 14,600 households headed by a Malay living in such flats.
This was 10.9 per cent of all Malay-headed households, up from 4.9 per cent – or 5,779 households – in 2005, according to the latest General Household Survey released in March.
The HDB has ramped up the rental flat supply from 42,000 units in 2007 to 53,500, with an aim to boost this to 60,000 by next year.”
23% of the increase in rental flats went to non-Malay families?
Does this mean that about 77 per cent or about 8,821 (14,600 – 5,779) of the increased supply of 11,500 (53,500 – 42,000) rental flats, went to Malay families?
Please note that the above is an estimate as the Malay households data is from 2005 whereas the HDB supply data is from 2007.
Two-thirds of rental flats are non-Malay families?
With regard to “However, Malay households also form a growing proportion of one- and two-room rental households.
They account for almost a third of 45,500 such households, up from about one in six a decade ago.” – Does this mean that about two-thirds (45,500 – 14,600 = 30,900) of one- and two-room rental households are non-Malays?
% of HDB 1 & 2 -room flats increase every year?
In this connection, since the percentage share of HDB 1 & 2-room flats is at its highest in 10 years (2005 – 2015), at 5.6 per cent (increasing gradually every year from the low of 3.9 per cent in 2008 – does it mean that more non-Malay households are also in 1- & 2-room HDB flats?
HDB 1 & 2-room: Only 1.6% p.a. increase in income?
As to “Low-income Malay workers could have been “displaced by cheap immigrant labour” in jobs such as cleaning, she said.
Among AMP’s family services clients, insufficient Central Provident Fund savings – due to unemployment or ad-hoc jobs – was the most common reason for living in a rental flat, accounting for 86 per cent” – the real change in average monthly household income from work per household member among resident employed households by type of dwelling 2005 -2015 – for HDB 1 & 2-room flats was only 1.6 per cent per annum.
What about “excluding employer CPF contribution”?
Moreover, the data is “including employer CPF contribution”. Is the annualised increase even lower than 1.6 per cent “excluding employer CPF”?
I understand that it used to be that the household income statistics were also given “excluding employer CPF contribution”
—
Republished from Leong Sze Hian’s website.Follow us on Social Media