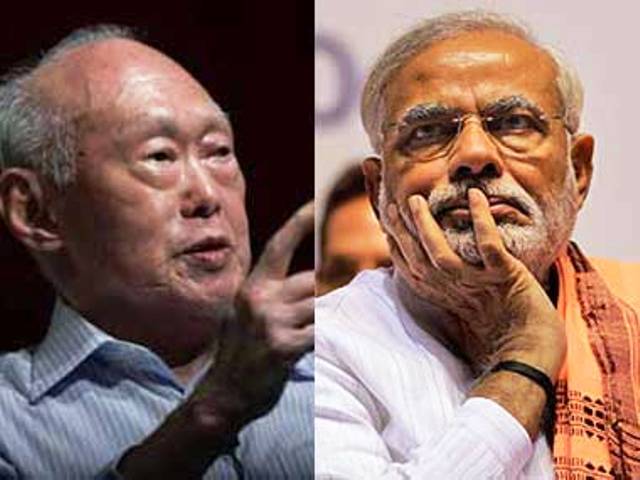 India’s Prime Minister Narendra Modi in a dramatic move aimed at stamping out corruption and draining illicit cash from the country, on Tuesday (8 Nov) announced the abolition of all 1000 and 500 rupees bank notes from midnight Tuesday.

In announcing the measure, Mr Modi urged the people of India to bear with “temporary hardships” in the implementation of the new rule. Banks were closed to the public yesterday (9 Nov) and ATMs will not work in some places for the next 48 hours and withdrawals will also be severely limited till tomorrow.

“From making up his mind to rolling it out yesterday (8 Nov), a new Lee Kuan Yew is born in India. It will be reflected in the legacy of this Prime Minister.”

Mr Modi’s admiration for Mr Lee is of course no secret. When Mr Lee passed away in March last year, Mr Modi in leading the tributes and condolences pouring in from all over India, acknowledged Mr Lee Kuan Yew a “lion among leaders”.

“A far-sighted statesman and a lion among leaders, Mr Lee Kuan Yew’s life teaches valuable lessons to everyone. News of his demise is saddening,” tweeted Mr Modi, an admirer of Mr Lee. “In this hour of bereavement, our prayers are with Mr Lee Kuan Yew’s family and the people of Singapore. May his soul rest in peace.”