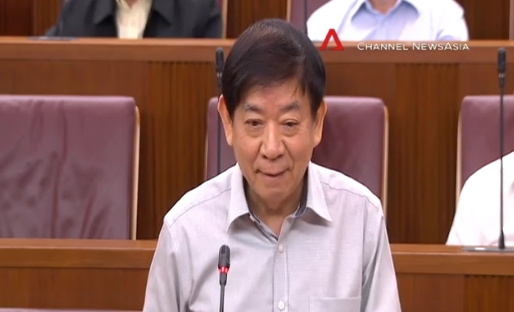 Transport Minister Khaw Boon Wan said in Parliament that he found the rent Circle Line disruptions to be a very interesting incident. He said: “My team has been working on the line for several weeks. They have been challenged by it and we find great excitement in this very challenging incident.”

Mr Khaw said that his team was very close to establishing the cause and that within this week they would fix it in a few days time.

The CIrcle Line operated by SMRT was hit by a series of disruptions in September and November. LTA and SMRT earlier said that they have been undertaking investigations into the cause of the intermittent loss of signalling communications between the trains and tracks on the Circle Line (CCL), leading to the automatic activation of the trains’ emergency brakes.

A series of tests by LTA, SMRT and Alstom (train manufacturer) had earlier assessed that an interfering signal could have disrupted the trains’ signalling systems which led to the loss of communications. But its engineers have been unable to establish the source of the interfering signals in the last two weeks.

LTA and SMRT will however install spectrum analysers within the CCL tunnels to detect the presence of any interfering signal. They also said that this will be extended to the North East Line, which has the same signalling system.

LTA and SMRT promised to closely monitor the performance of the CCL, and commence feasibility studies to strengthen the existing signalling communications network.

LTA and SMRT said they were placing an electromagnetic shield on the train to minimise the impact of interfering signals. They will also explore the possibility of changing the signal system frequency and/or modifying the system to provide redundancy in the event of signal interference.

The signalling systems on newer rail lines such as the Downtown Line and current lines undergoing upgrading such as the North-South and East-West Lines are already equipped with new features that provide redundancy in the event of signal interference.