The Independent Singapore News
Uncategorized How trains, bus companies are dealing with the interstate travel ban this...

How trains, bus companies are dealing with the interstate travel ban this CNY 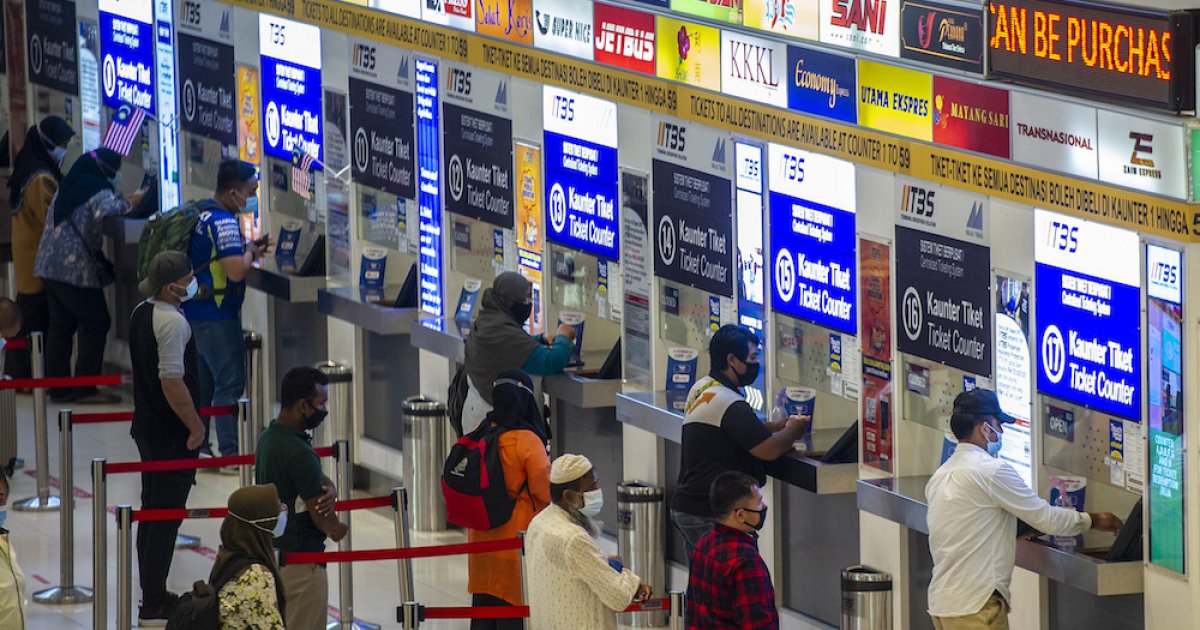 KUALA LUMPUR, Feb. 7 — Did you book train or bus tickets way in advance to balik kampung for the Chinese New Year holidays next week only to find out that the government has decided to extend (again) the movement control order (MCO) until February 18?

If that’s a bummer to you, well, you’re not alone. Trains and intercity express bus operators had been counting on sales from the balik kampung holidaymakers to lift their businesses that have been badly battered by the prolonged MCO where interstate and even inter-district travel is barred, except for those with prior authorisation or police permits.

Keretapi Tanah Melayu Berhad (KTMB) revealed that a total of 3,934 train tickets were bought during the week before Chinese New Year, from February 1 to 11.

Of the number; 1,420 tickets were cancelled.

“All tickets that have been cancelled are 100 per cent refundable, and will be credited into the buyer’s KTMB Wallet. It can be used for future purchase of tickets,” a KTMB spokesman told Malay Mail when contacted, declining to give a name.

For InterCity Coach manager Omar Amar who is based in Alor Setar, Kedah, ticket sales for the CNY festive period this year have been virtually non-existent.

“It was already bad enough last year during the Hari Raya Aidilfitri period when sales slumped badly, and now this. I estimate our revenues have dropped by 80 to 90 per cent on average,” he told Malay Mail.

Contacted yesterday, he said his company received only two or three calls the entire day, and even then it was only an enquiry.

“Within a few hours of the MCO’s extension being announced, calls flooded in to cancel their bookings, though the company still remains operational.

“In some instances to save costs, we offer to switch the time and date of ticket holders whose trips would only carry less than 10 passengers. Most have accepted it without much complaint,” Omar said.

G. Veriya, who is based Sungai Petani, Kedah said his company Quickliner Express had all but stopped interstate travels even before the MCO was extended past the Chinese New Year holidays.

“Our usual passengers will not buy tickets since they require police approval. Although I keep buses running in the state, we decided not to operate for the balik kampung period.

“In fairness, it was a wise move, as I suspected the MCO would be extended since the number of Covid-19 cases has barely gone down. Those who have already booked with us have been contacted to see if they have obtained police approval for their trips,” he said.

Veriya said his company has made its policy clear to potential customers that passengers with high temperature during screening prior to boarding will be refused entry into the bus. He said he has to be strict to protect his staff and other passengers as contracting Covid-19 would damage his operations.

“For refunds, those who purchased tickets from online agents must ask them for their money back. On our part we have already contacted those agents liaising with us to inform them that we will not operate inter-state travels until after February 18 at the earliest.

“For those who bought tickets directly from our counters, they will be refunded. Ordinarily they could choose to change their date and time of travel, but I would rather they ask for refunds since no one is sure when exactly inter-state travel will be permitted again,” he said.

“I think many had already anticipated that the MCO would be extended when it was first announced on January 13. That is why many did not dare to make bookings for the festive period,” he said.

He added that he could not even offer potential customers a refund on tickets bought.

“Unfortunately we cannot refund their tickets as it would drive us out of business, so we can only offer to change the date and time of their trips,” he said.

Abu Hassan said that even this option was not guaranteed as it is dependent on the government’s travel policies.

He said his company is able to extend the travel swap date only as long as a month from the original departure date, but will continue to offer it as long as they are able to do so.

“If the government allows inter-state travel by then, we will do so. But the problem now is that the express bus industry has been devastated by the MCO.

“I very much doubt the police would permit those seeking to cross state borders to balik kampung, since that is not considered an emergency or a matter of life and death. So it has been very stressful to not operate as how we normally do,” he said.

Abu Hassan said that prior to the pandemic, his company ran upwards to 25 trips around the Peninsula. Currently they operate a maximum of four to five trips daily.

“If a certain trip is carrying only five to 10 passengers, we cancel it to reduce additional costs. As such we contact the passengers affected to change the date and time, per our terms and conditions.

“Usually they will accept whatever we offer as replacement, since they have no choice,” he said.

In relative contrast, Aeroline, a transnational bus company with offices in Malaysia and Singapore, said it received many bookings last month for travel this CNY period.

However its communications and marketing executive Julie Ong said the company was forced to inform ticket holders that interstate travel would not be in operation during the MCO.

“But we will still honour their tickets, which are valid until December this year. Once interstate travel is permitted again, they can go online to change the date and time, or do so at our service counters.

“Provided it is for the same route, we will change the date and time without any additional charges to the ticket holders. After all, it is neither their fault nor ours,” she said, adding that the wider public has also been informed on Aeroline’s Facebook page and ticketing website.

Although many were disappointed at not being able to travel back for CNY, Ong said most were satisfied enough that their already-purchased tickets would be honoured by the company.
Follow us on Social Media