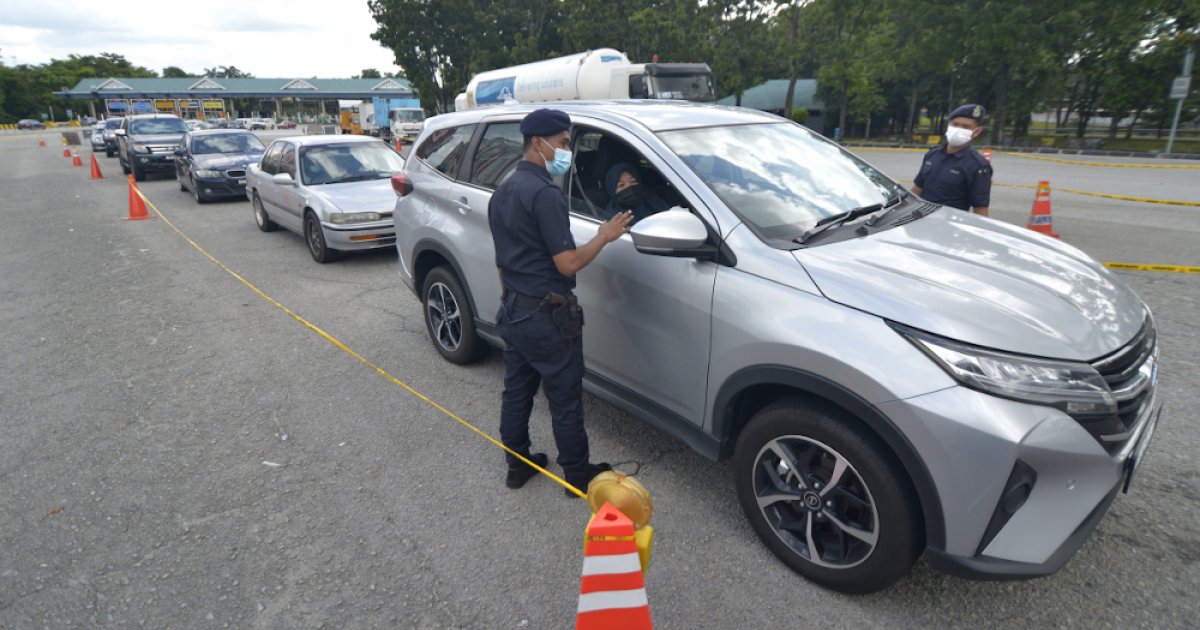 Speaking to Malay weekly Mingguan Malaysia, Abd Rahim estimated that around 100,000 police personnel as well as enforcers from other agencies have varying interpretations of the SOPs, which has led to dissatisfaction from Malaysians issued compound notices as a result.

“We can’t deny that when everyone has a different understanding of the law, there are bound to be issues. We are in the process of educating our officers regarding the SOPs during this MCO.

“Even during normal communication, when we pass the information from person to person, by the time it reaches the 10th individual the message may have varied. Try to imagine passing information to 100,000 officers nationwide; there are bound to be issues,” Abd Rahim was quoted saying.

“We are trying to mend this situation but while we’re at it new SOPs are added based on the Covid-19 situation.”

However, Rahim added that the authorities are now more aware of the situation, which he said has led to the reduction of questionable compound notices.

“In the past there were a lot, but now it’s reduced,” said Abd Rahim, alluding to the number of wrongly issued compounds.

“However, the law that states you should not go out unless you have a valid reason still stands. Therefore, maybe the officer who issues the compound feels that, by law, he is right to issue a compound.

“Hence in the future before any enforcement authority goes out to work we will brief and debrief them and upon return from duty we will check the compound they issued and validate if it was indeed a violation of an SOP,” he added.

Last year, there was a viral voice clip of a man claiming his father was fined RM1,000 for failing to register with the MySejahtera app before filling up at a fuel pump despite wearing a face mask.

The police subsequently insisted this was correct, but the National Security Council then clarified that registration was not necessary if a patron does not enter a fuel station’s store,toilet or prayer room.