Honest Ipoh waiter praised for returning customers’ ring, to be rewarded by employers 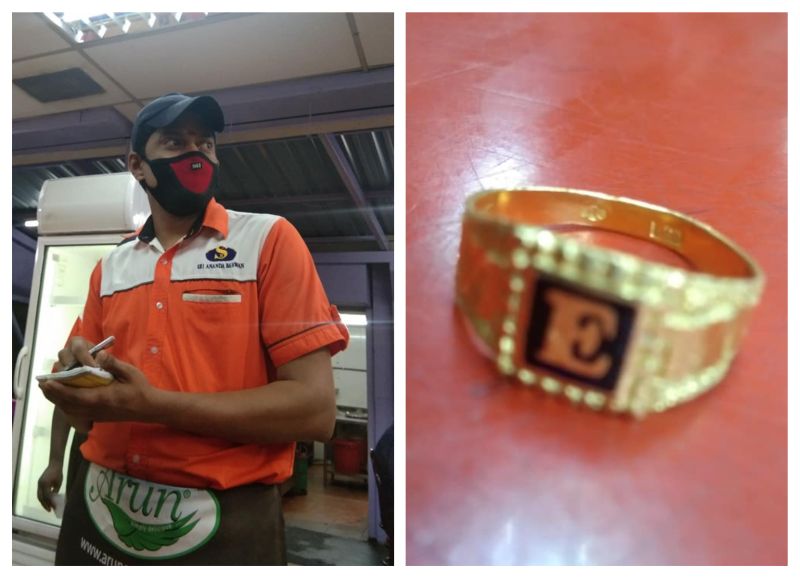 PETALING JAYA — A waiter of Ipoh’s Sri Ananda Bahwan restaurant was hailed as ahero after returning a customer’s lost ring.

The customer, Kunavathi Paul Raj and her son, had visited the restaurant on Tuesday for breakfast where Nagendran took their orders.

She told Malay Mail that while they were heading to their car after breakfast, they were surprised at the waiter chasing after them.

“I was just about to enter my car and we saw Nagendran running after us and asked us if we had lost anything.

“Upon checking, my son then realised and told me that his gold ring was missing from his finger.

“And in the waiter’s hand was that gold ring – it probably had slipped out of his finger when he was leaving the restaurant.”

Kunavathi, a retired teacher, expressed how she was taken in back at the waiter’s honesty and how he made the effort to return the ring.

She added that it was indeed rare to find a worker who would make such an effort to return an expensive item back to its owner.

“How many people do you know would do such a heroic act? But this waiter who hailed from India helped me and I am so touched.

“I managed to get his Facebook name and spoke to the restaurant’s manager whether I can give him something for being so honest.

“Posting it on Facebook was another way to show the managers of the restaurant that some of their workers although from India are really genuine and honest.”

“A gold ring is definitely worth a lot in the market and for one of our staff to return it to him just shows that he is a good and honest worker.

“The management team is also planning on what reward to give him for his good deed.”Follow us on Social Media