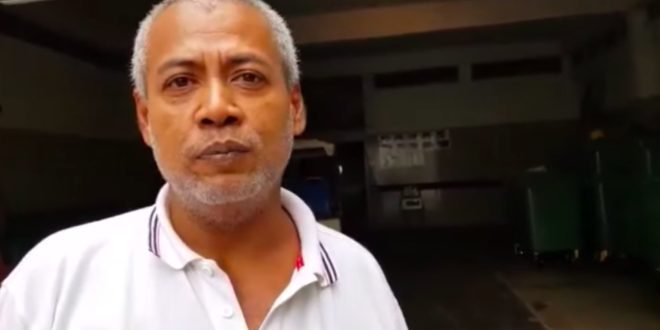 After reports of an older Singaporean man who claimed that he has been living in squalid conditions in a dumpster and trash disposal facility over the past two years went viral, the Housing and Development Board (HDB) said that they have reached out to him to offer temporary rental housing as an interim measure.

“We are aware of a video circulating online, about a homeless man (Mr R) living in a refuse collection centre in Ghim Moh. According to Mr R, he had applied to HDB for a rental flat but was unsuccessful.

Mr R first applied for a rental flat last year. Although he did not meet the criteria (as his wife and children are non-Singapore citizens), we were prepared to help him with rental housing. However, he did not proceed with the application.

More recently in Sep 2018, following an appeal through Mr R’s Member of Parliament, HDB contacted Mr R to again offer him help. However, he turned down our offer to rent a flat under the Joint Singles Scheme. Instead, he said he would submit another rental application with a family member later.

While Mr R reviews his housing options for the longer term, HDB has reached out to him to offer temporary rental housing as an interim measure. He will be moving into the interim rental flat next week. We are in touch with him and will continue to see how best to assist him. We seek the public’s understanding not to speculate on Mr R’s circumstances.”

We are aware of a video circulating online, about a homeless man (Mr R) living in a refuse collection centre in Ghim…

Posted by Housing & Development Board on Friday, 19 October 2018

The viral video showed Mr R speaking to a fellow Ghim Moh resident known only as Mr Lim where he explained that he decided to stay at the garbage disposal facility where he works as a cleaner since he had nowhere else to stay.

Revealing that he applied for a rental flat from HDB two years ago and even sought the help of his Bukit Timah-Holland GRC MP, the man lamented that his efforts have yet to bear fruit and that HDB has not given him a response on whether he can get a rental home.

In the video, the man goes on to show the conditions where he stays and his makeshift bedroom that he has carved out within the garbage disposal site. As he shows Mr Lim his living conditions, the man reveals that he is sickly – suffering from “heart pain” and breathing difficulties – and that he was just discharged from the hospital a day prior.

https://theindependent.sg.sg/singaporean-claims-he-has-been-living-in-ghim-moh-dumpster-for-two-years-while-he-awaits-hdb-rental-flat/Follow us on Social Media