He recalls his scouting days

In the Facebook post on Saturday (March 27), he recalled “fond memories of my scouting days when some scouts of Second Troop gathered to launch ‘To Sir With Love’”. The teaser came in the next sentence: “Lee Kuan Yew was a scout too. Can you spot him in the pic with the Union Jack?”

The longtime Marine Parade MP, 79, posted a series of scouting-related photos showing him with others, including one taken when he was a schoolboy.

But most intriguing of all was another old black-and-white photo of schoolboys in scout uniform assembled in front of a Union Jack.

Which of them, asked Mr Goh, was the young Lee Kuan Yew? 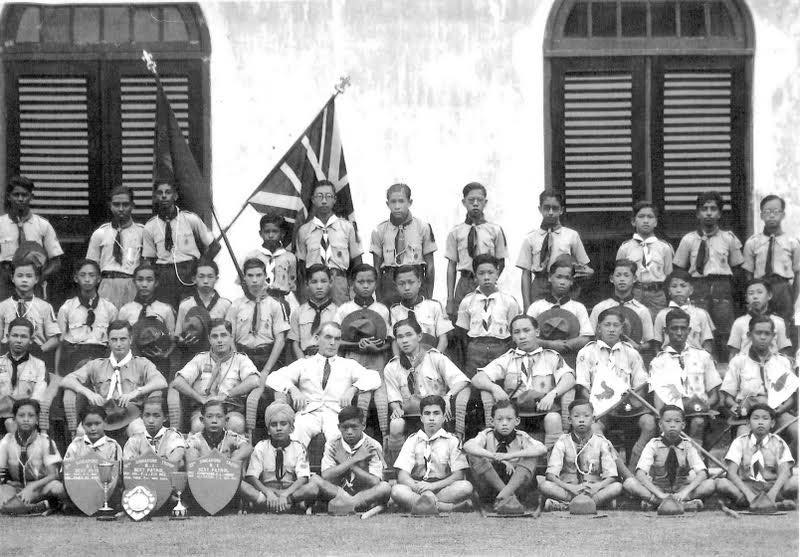 Sharp-eyed netizens quickly identified the boy they believed to be Mr Lee.

Mr Goh also posted a photo of himself with Dr Tan Cheng Bock, the secretary-general of Progress Singapore Party, although he did not say when and where the picture was taken. The two men seem to be old friends, although they are from opposing parties. Mr Goh even posted a photo of the two of them having dinner together recently.

In another photo, Mr Goh was seen standing with the Singapore Scout Guild. He also added pictures from various other celebrations, as well of one of him as a scout from his teenage years. Mr Goh had been a scout when he was a student at Raffles Institution from 1955 to 1960.

In 2000, during his term as Prime Minister, he was the guest of honour at the Scout Millennium Jamboree 2000 at the Sarimbun Camp.

In 2010, at the 100-year celebration of scouting in Singapore, Mr Goh had been the guest of honour. Over 1000 scouts of all ages had attended the event.

“I thoroughly enjoyed my scouting days and I dare say that being a scout gave me an early opportunity to acquire leadership skills”, he said in his speech.

He told the audience he had first joined as a tenderfoot, became patrol leader, and then later became a troop leader of the Second Raffles Troop.

“Scouting has a mystical quality that embraces freedom, initiative, comradeship and character building.”

The scout motto, “Be prepared,” proved to be valuable for him in his years of government service later on, he added.

“In fact, ‘Being Prepared’ is a mindset that permeates throughout the Singapore Government. That is why when the recent financial crisis struck, we had the reserves and resources to take bold measures and were able to successfully avoid widespread unemployment,” he said.

Goh Chok Tong: “Ten years ago this day, I saw a new world in social media”