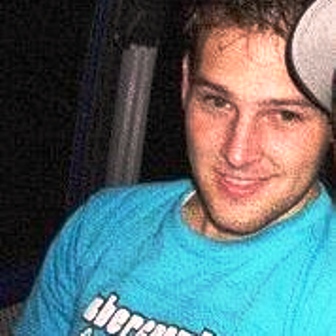 An American psychologist who previously lectured in two local polytechnics has been charged with lying about his HIV status twice for a chance to work in Singapore. The Ministry of Manpower (MOM) charged that the American, Mikhy K Farrera-Brochez, allegedly hid his HIV status to gain an Employment Pass in March 2008.

The American was featured in The New Paper in 2010 for being gifted. The newspaper reported:

“He first came here as a tourist and to visit friends in November 2007, but ended up buying a condominium unit in the Tanjong Pagar area.

“I don’t know how it happened. I just saw the place, liked it, and bought it,” he said.

He moved to Singapore in January 2008, and worked as a child psychologist in private practice. In September that year, he chanced upon a Temasek Polytechnic advertisement, seeking to hire a child psychologist. Mr Brochez applied for the position and was hired.

Apart from teaching the new diploma course, Mr Brochez will play a key role in setting up a Child Psychology Clinic within the polytechnic, where he will provide consultancy and assessment for exceptional children.”

MOM said that Farrera-Brochez submitted an HIV negative blood test result to the Ministry on 20 Mar 2008 for his Employment Pass (EP) application. The test had allegedly been conducted with someone else’s blood.

Court documents show that the foreigner is charged for allegedly committing various offences spanning six years, including for lying to the Manpower Ministry and the police about his HIV status, refusing to undergo a medical examination, using a forged passport and taking drugs.

MOM in saying that it would not have granted an Employment Pass had it known Farrera-Brochez’s true HIV status, charged him in June this year. It said the 31-year-old American fooled the Ministry into accepting an HIV blood test result in his name twice (once in 2008 and again in 2013), “knowing that the (test) had been conducted on another person’s blood”.

The psychologist is further accused of lying to the Controller of Work Passes in 2009 by falsely declaring his HIV status on an application form for an EP.  He also lied to police officer in 2014, by telling them that it was his blood which was tested during a 2008 HIV blood test.

The Police also charged that Farrera-Brochez failed to submit to a medical examination twice , once in 2014 and again in April this year, as required by the Infectious Diseases Act.

The former expatriate is also accused of possessing and consuming controlled drugs, ketamine and amphetamine in May this year.

In total Farrera-Brochez faces a total of 11 charges including one of forging his passport in 2008.Follow us on Social Media