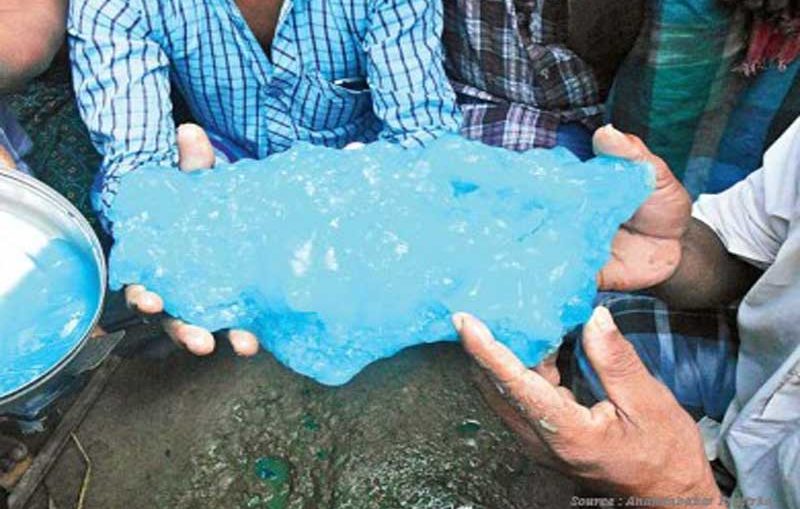 A frozen chunk weighing 10 to 12 kilograms fell on the village of Fazlipur Badli in Haraya, one of India’s northern states last week. The chunk, which understandably surprised villagers, is believed to be composed of frozen human excrement that fell from an airplane flying over the area.

Some of the people from the village reportedly believe that the chunk of ice was a valuable object that had fallen from the heavens, and they chipped off pieces from the ice chunk and kept these in their own refrigerators.

Vivek Kalia, one of the senior local authorities in Gurgaon, conducted an inspection on the ice chunk. He said,  “The heavy mass of ice, which is not associated with any type of rainy weather, suggests there is a possibility it might have fallen as frozen toilet water coming out from some aircraft lavatory.” Mr. Kalia thought this was possible since numerous air routes passed over the area.

Moreover, he has sent ice chunk for further forensic testing and has assured the public that it is not a “meteorological phenomenon.”

There is a occurrence called “blue ice,” which happens when frozen waste falls out of the lavatories of aircraft. ThIts blue color is caused by chemicals in aircraft toilets that help break down fecal matter and deodorize it. Although it is very rare, it has been known to happen that frozen fecal matter clumps around outlets for overflow material from the toilets on airplane, and then falls to the ground.

Understandably, netizens were disgusted at the occurrence, but also could not help but poke fun at it as well