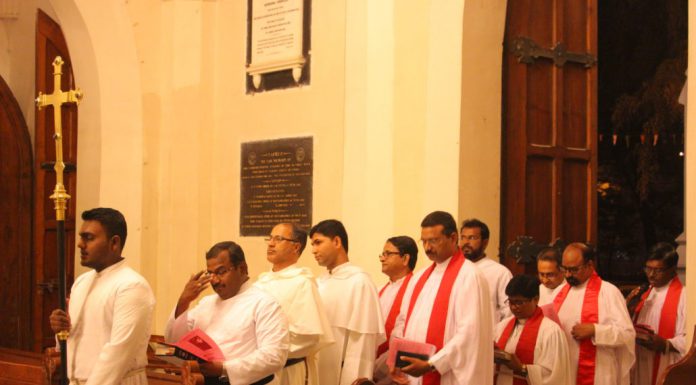 The National Council of Churches in India (NCCI) has come out in favour of repealing Section 377 and welcomed the decision of the Supreme Court to refer Section 377 to a larger constitutional bench.

The Council which represents about 14 million people, has published an open letter arguing homosexuality should be decriminalised.

In its statement NCCI said that homosexuality was practiced in India from ancient times, and until the British arrived, was never a criminal act.

It added that “as followers of the non-conformist Christ, the one who consistently questioned unjust and non-compassionate traditions of public morality, our call is to reject all laws that demonize, criminalize, and exclude human beings, and work to facilitate just inclusive and loving communities.”

The following is the complete statement by the NCCI:

—
We, the members of the National Ecumenical Forum for Gender and Sexual Diversities of the National Council of Churches in India note the decision of the Supreme Court of India on 8thJanuary 2018 to refer to a Constitution Bench a petition seeking to quash Section 377 of the Indian Penal Code which criminalizes homosexuality. The apex court has observed that a section of people cannot live in fear of the law which atrophies their right to choice and natural sexual inclinations.

Homosexuality and homo-eroticism have been practiced in India from time immemorial. Homosexual activity was never condemned or criminalized in ancient India. Such activities were tolerated as long as people fulfilled the societal expectations of marriage and procreation.

This is the context in which the British came to India as part of their mission of colonial expansion.

In Great Britain, from the Middle Ages, heterosexuality was understood as the divinely ordered and natural norm for human sexuality, and any deviance from this norm was perceived as immoral and unnatural, and hence a sin against God. Christian sexual ethics based on heteronormativity thus led to the imposition of Sodomy Law in Great Britain.

The understanding of sexual ethics of the British colonial administration was deeply influenced by Victorian morality and its particular interpretation of the Judeo-Christian scripture and theology. So, the British authorities considered tolerance towards homosexuality as a social evil, and based on heteronormative principles, they initiated stringent measures to criminalize homoeroticism as part of their mission to civilize the heathens in India. In 1861, the British colonial administration imposed the Sodomy Laws in India to “purify” and “cure” the Indians of their primitive and deviant sexual practices.

Today, there are around seventy countries in the world which continue to criminalize private same-sex intimacy between consenting adults, and eleven countries that still impose the death penalty for homosexuals. The fact is that most of these countries are former British colonies. However, in 1967, the United Kingdom repealed the Sodomy laws, and the Church of England played a significant role in it. The first report in Britain, calling for decriminalization, was initiated and published by the Anglican Church. Further, there was a significant Anglican presence in the Wolfenden Committee, appointed by the government, which recommended to the Parliament to repeal the Sodomy Law.

In the contemporary context of growing fascism, it is important for us to understand the Sodomy Law as legal codes of fascism as they provide the State the power to intervene, invade, regulate, and monitor even the intimate spheres of human life. The Sodomy Law legally sanctions a regime of imperial gaze where the people are always under the surveillance of the State. This repressive legal code further reduces human body and sexuality into “colonies” that can be invaded, tamed, and redeemed with the display of abusive power by the law enforcement officers and the judiciary of the State, and the violent interventions of moral policing by the Religious Right.

There have been different initiatives, campaigns and litigations to repeal Sec 377. On July 2nd2009, in a historic verdict, the Delhi High Court repealed Sec 377. According to the learned judges, “If there is one constitutional tenet that can be said to be underlying theme of the Indian Constitution, it is that of ‘inclusiveness’… In our view, Indian Constitutional law does not permit the statutory criminal law to be held captive by the popular misconceptions of who the LGBTs are. It cannot be forgotten that discrimination is antithesis of equality and that it is the recognition of equality which will foster the dignity of every individual…We declare that Section 377 IPC, insofar it criminalizes consensual sexual acts of adults in private, is violative of Articles 21, 14 and 15 of the Constitution.”

However, the Supreme Court of India, in a verdict given in 2013, set aside the verdict of the Delhi High Court. “We hold that Section 377 does not suffer from unconstitutionality and the declaration made by the High Court is legally unsustainable… However, the competent legislature shall be free to consider the desirability and propriety of deleting Section 377 from the statute book or amend it.”

A Constitution Bench of the Supreme Court of India, in a verdict on August 24, 2017, held that “right to privacy is an intrinsic part of Right to Life and Personal Liberty under the Constitution.” “Discrete and insular minorities face grave dangers of discrimination for the simple reason that their views, beliefs or way of life does not accord with the ‘mainstream.’ Sexual orientation is an essential attribute of privacy. Discrimination against an individual on the basis of sexual orientation is deeply offensive to the dignity and self-worth of the individual.” This verdict gave a great boost to the initiatives to decriminalize homoeroticism in India.

Soon after the Delhi High Court verdict repealing Sec 377, the NCCI organized a round table to reflect upon the verdict theologically and biblically. The statement of the round table affirmed that, “We recognize that there are people with different sexual orientations. Our faith affirmation that we are created in the image of God makes it imperative on us to reject systemic and personal attitudes of homophobia against sexual minorities. . . We envision Church as a sanctuary to the ostracized who thirst for understanding, friendship, love, compassion and solidarity. We appeal to churches to sojourn with sexual minorities and their families ministerially, without prejudice and discrimination, to provide them ministries of love, compassionate care, and justice. We request the National Council of Churches in India and its member churches to initiate an in-depth theological study on Human Sexuality for better discernment of God’s purpose for us.”

In the Indian context of religious diversity, it is important to initiate interfaith coalitions to campaign against homophobia. An interfaith round table was organized in 2014 which brought together theologians, clerics and practitioners of all major religious traditions in India. The statement of the interfaith round table affirmed that: “We commit ourselves to critically engage with our belief systems and practices to review and re-read scriptures and moral codes that stigmatize and demonize people who are different from us. We condemn homophobia and bigotry as morally unacceptable, and commit ourselves to eradicate this sin from our religious communities. We pledge to accompany friends who are stigmatized and criminalized due to their sexual orientations and to provide them fellowship and solidarity in their struggles to love and live with dignity. We commit ourselves to transform our worship places to welcome and provide safe spaces for sexual minorities. We discern the need to reclaim and reinterpret our traditions and rituals, festivals and feasts, scriptures and practices, to liberate our religions from the shackles of ideologies of exclusion such as patriarchy, casteism and homophobia. . . We call upon religious leaders to condemn homophobia and to practice non-discriminatory hiring policies in their institutions, and also to follow affirmative action to end the discrimination that transgendered people face in admissions and appointments. We affirm our resolve to work tirelessly to create a new world of compassion, justice, inclusivity and acceptance where the divine gift of sexuality will be celebrated in all diverse manifestations of affirmative love.”

Hence churches in India need to give responsible consideration to the initiative of the Supreme Court of India to review Sec 377 in the light of constitutional rights and the right to privacy, and the gospel of justice and love. As followers of the non-conformist Christ, the one who consistently questioned unjust and non-compassionate traditions of public morality, our call is to reject all laws that demonize, criminalize, and exclude human beings, and work to facilitate just inclusive and loving communities.

Members,
National Ecumenical Forum of the Gender and Sexual Diversities,
National Council of Churches in India.Follow us on Social Media